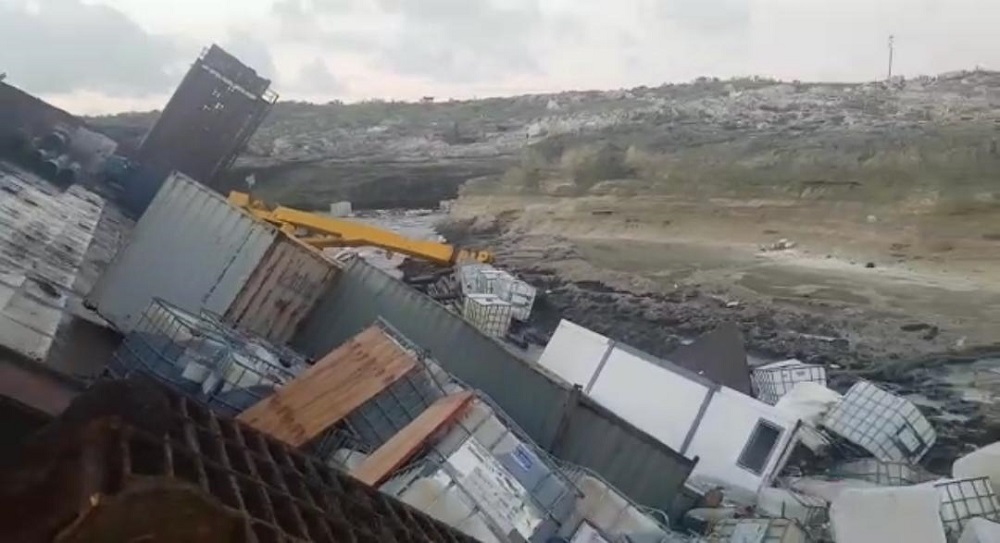 #Bahamas, October 18, 2017 – Long Island – Social media is being used to expose a situation at sea.   The Royal Bahamas Defense Force reported upon a grounded barge near Gray’s Long Island since Monday, that their air wing unit was involved in getting Environmental Health and Port Department to the boat which was reportedly spotted on Saturday, stuck.   Well, the action by the Bahamas government agencies involved is being criticized by a man who is aboard the vessel, it appears, he called their reaction slow.

The man takes his time to show the huge barge now turned over near the shore with its contents littering the shoreline in rough seas.   The officials were taken to the site of the boat since Sunday according to the Defense Force media release and information from Adrian Gibson, MP for Long Island was that the boat ran aground as it was carrying hurricane relief supplies to Caribbean countries impacted by the recent deadly hurricanes.

In a statement we learn that the barge was carrying heavy machinery, cell phone towers, utility poles, bucket trucks, a crane, approximately seven thousand gallons of fuel, and various other supplies.   The MP said 50 gallons of fuel spilled in the wreck.

Defense Force aerial images of the boat showed it sitting, upright on the shore which is a mix of sand and cliffs.   The video which was shared on social media, is a starkly different image as the boat is now turned over and the contents of the vessel are dumped into the sea.   The man filming claims the Government turned down the help they offered from another barge, and now they are trying to right the grounded boat.   He says government told them to ‘stand down’, the man claims Sunday and Monday were wasted on waiting.