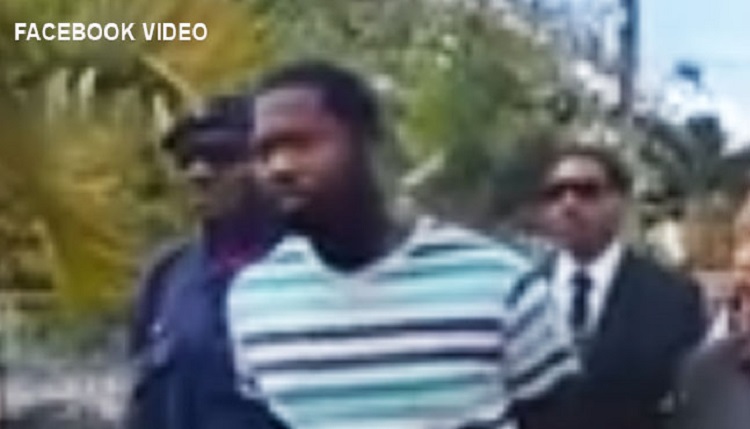 #Bahamas, October 25, 2017 – Nassau – He is just a little more than a child himself, yet he is charged with a double murder which continues to rock the nation where an 8 year old boy, while studying his spelling words was struck with a single bullet and died in his own bedroom, while at home.    25 year old Lloyd Minnis was on Tuesday charged with two counts of the double murder because, Minnis allegedly also ran down and gunned down, his true target Dennis Moss.

The absolutely innocent victim in the case, 8 year old Eugene Woodside Jr was killed in a frenzy of bullets and the murder evoked so much sympathy that the Prime Minister, Dr. Hubert Minnis actually visited the boy’s family on Rosebud Street in Chippingham in an effort to bring further attention to the case.    Within hours, a suspect was arrested by Police and this week the man was hauled before the court.   So heinous is his crime that if convicted, Minnis could face the death penalty under section 29 of the penal code.

There is a fast tracking of the voluntary bill of indictment for the matter and Lloyd Minnis will re-appear in court on December 7.    The 25 year old is represented by Anthony Cargill, appeared before Magistrate Joyann Ferguson-Pratt, faces two counts of capital murder and was not required to enter a plea.a