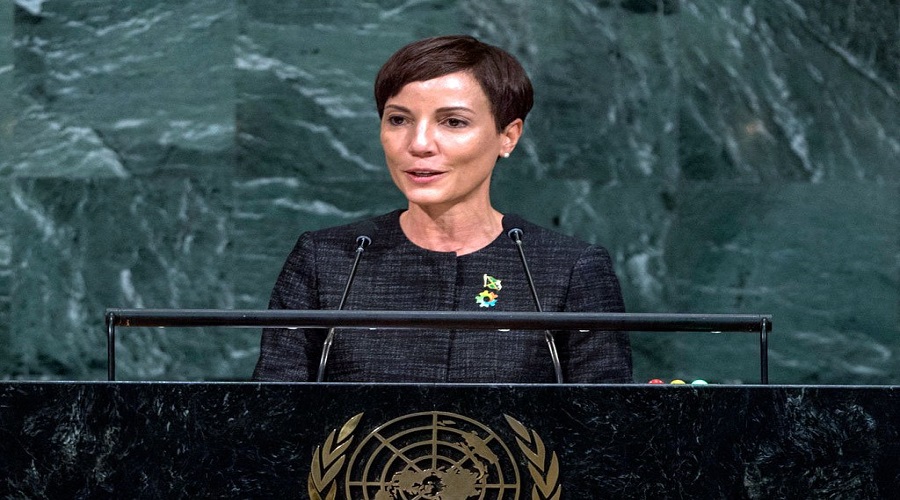 United States, September 26, 2017 – New York – Minister of Foreign Affairs and Foreign Trade, Senator the Hon. Kamina Johnson Smith, has called on the United Nations (UN) to establish a mechanism to provide the requisite support and compensation to vulnerable countries affected by natural disasters.

The Minister’s call came as she delivered Jamaica’s Policy Statement at the 72nd General Assembly of the UN at its headquarters in New York on September 23.  She pointed out that the implementation of Agenda 2030 and progress towards achieving the sustainable development goals (SDGs) have been derailed as a result of the external shocks caused by natural disasters.

Minister Johnson Smith told the delegates that in recognition of Jamaica’s vulnerability as a small island developing state and the attendant complexities of its status as a middle-income country, Jamaica is collaborating with Chile on a new initiative, the ‘Resilient 20’, which seeks to create an alliance to promote resilience in countries prone to natural disasters, with a focus on middle-income countries.

She also pointed out that Jamaica is in support of calls for the development of a climate change vulnerability index to provide a standardised method for characterising vulnerability to the adverse effects of climate change.   This, she said, would enable international financial institutions and bilateral donors to better channel financial and technical resources towards countries most susceptible to loss and damage from climate change.

Senator Johnson Smith noted that Jamaica ratified the Paris Agreement in April 2017 and regards this agreement as critical to efforts to arrest the impact of climate change.   She added that it is an inescapable fact that small island developing states contribute the least to carbon emissions and yet bear the brunt of the damage.   In this context, she implored all Member States to abide by the commitments of the agreement.

Minister Johnson Smith expressed on behalf of the Government and People of Jamaica, deepest sympathies and prayers for the families and loved ones of victims of the recent hurricanes, which directly impacted “our Caribbean brothers and sisters, and to victims of the recent earthquakes in Mexico”.

The Minister said that climate change also poses risks to tourism, which owes its competitiveness to the pristine nature of the Jamaican environment. She noted that sustainable and inclusive economic growth and job creation are priorities for Jamaica, and tourism plays a critical role in ensuring that they are achieved.

This industry, she said, relies heavily on the long-term sustainable investments made by the private sector, both national and international. In this International Year of Sustainable Tourism for Development, Jamaica has sought to increase such investments, create more jobs, promote culture and support community development, while safeguarding the natural environment, she added.