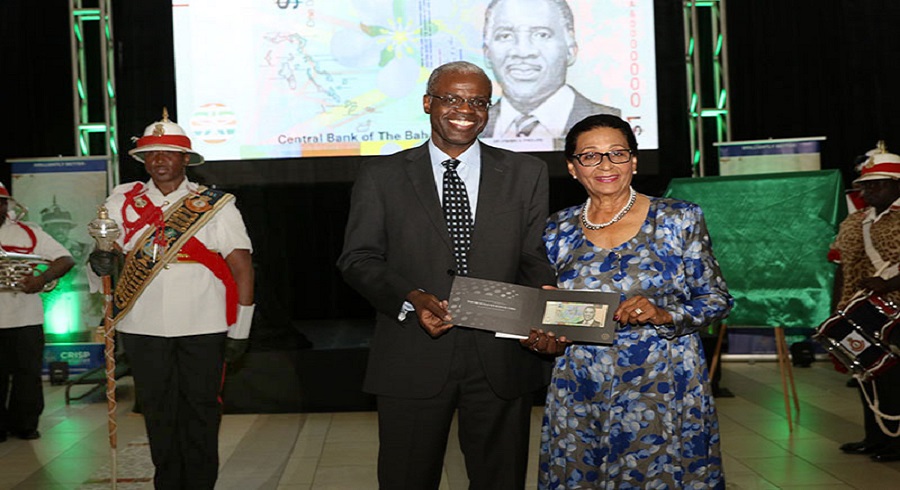 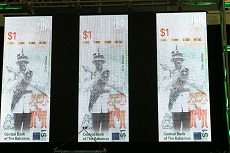 #Bahamas, September 29, 2017 – Nassau – The Governor General Her Excellency Dame Marguerite Pindling attended the official Unveiling of Series 2017 CRISP Evolution One Dollar Banknote in the Gardens of LPIA, September 27, 2017.     The Governor General holds a commemorative issue of the banknote, in the photograph, along with Governor of the Central Bank John Rolle.

In the audience was Deputy Prime Minister and Minister of Finance the Hon. Peter Turnquest, seated front, left.