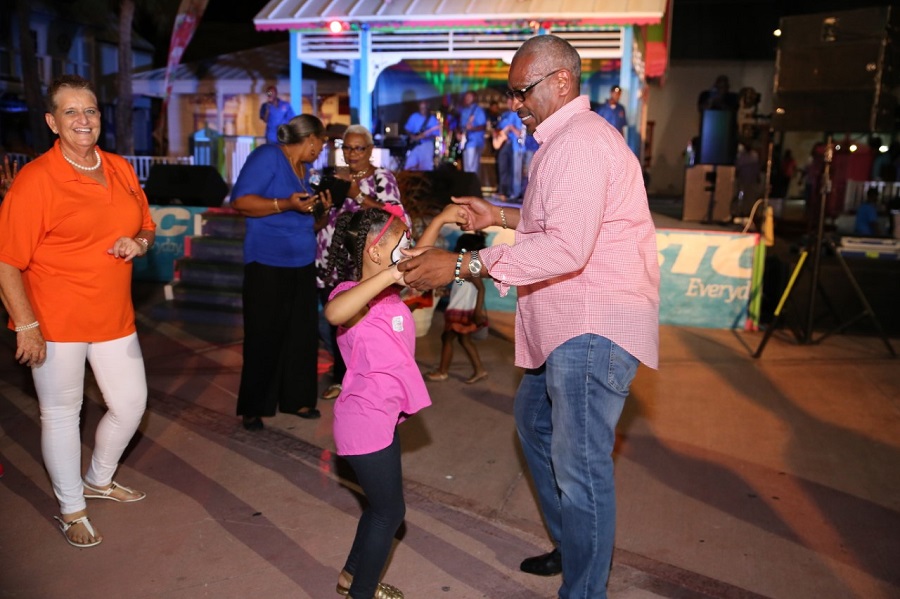 #Bahamas, September 25, 2017 – Grand Bahama – Prime Minister Dr. the Hon. Hubert Minnis dances with a young girl in the Port Lucaya Market Square during ‘A Taste of Port Lucaya’, which took place on Friday, September 22, 2017.   The Prime Minister led a team of local Cabinet Ministers and Parliamentary Secretaries to the event, which is being held throughout the month of September.

It was designed to bring more attention, customers and economic increase to the businesses of Port Lucaya in Freeport, Grand Bahama.    The Office of The Prime Minister in Grand Bahama joined forces with the Ministry of Tourism, BTC and other business partners to make ‘A Taste of Port Lucaya’ possible. 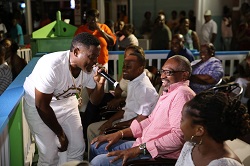 ENJOYING THE SHOW – Prime Minister Minnis and Minister of State for Grand Bahama, Senator Kwasi Thompson laughs as Bahamian entertainer D-Mac takes his performance to the VIP section of the Market Square in Port Lucaya, September 22, 2017.    D-Mac, who was one of many performers on Friday night, gave the Prime Minister, Minister Thompson and Parliamentary Secretary Iram Lewis an opportunity to sing along with him. 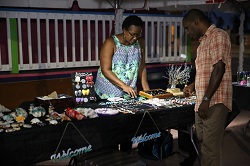 CHECK OUT ARTWORK – Grand Bahamian artist Sheldon Saint (standing) checks out some of the artwork on display at one of the booths during ‘A Taste of Port Lucaya’, which was held in the Port’s Market Square on Friday, September 22, 2017.