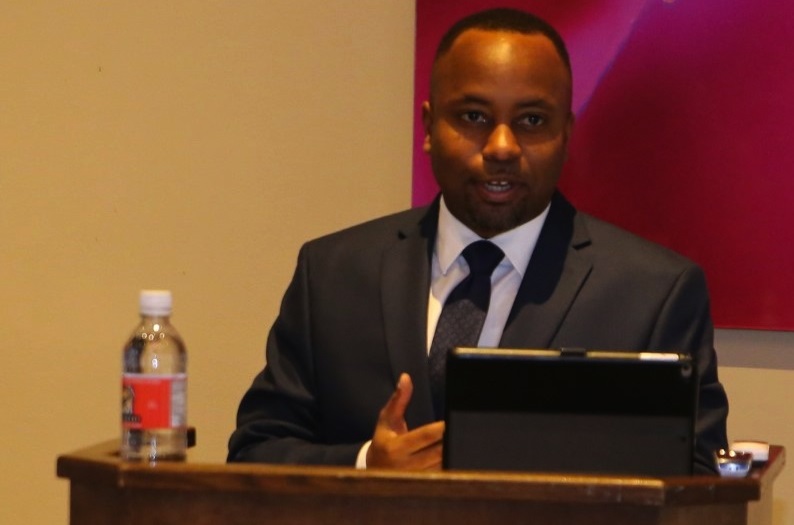 #Bahamas, September 22, 2017 – Grand Bahama – As the Government of The Bahamas continues its quest to make Grand Bahama the centre for industry and innovation, and the entrepreneurial hub, it is important to embrace new ways to resolve matters and maintain respect and peace among members of the community, according to Minister of State for Grand Bahama, Senator the Hon. Kwasi Thompson.

The Minister’s remarks came during the opening of the Alternative Dispute Resolution (ADR) Seminar, which was held at Pelican Bay Resort, Thursday, September 21, 2017.   The seminar was attended by local lawyers, business owners and executives of the Grand Bahama Port Authority.

Minister Thompson told attendees that as with all new initiatives, local support is needed in order to be effective.   Therefore, he suggested partnership and cooperation among Grand Bahamians as a major component of Grand Bahama’s revitalization.

“And it can all start here, at a seminar like this,” said Minister Thompson.  “Grand Bahama really should be the centre of arbitration for The Bahamas. I say that without a doubt.”

As the Minister of State in the Office of the Prime Minister for Grand Bahama, Mr. Thompson threw his full support behind ADR Bahamas and the role they play on the island of Grand Bahama, which, he pointed out, is a commitment to the resolution of disputes and issues by means other than litigation.

He noted that there are always individuals seeking confidential, quick and convenient settlements.

“As we all know sometimes waiting for a court appointment or going through the process can, at times, prove to be tedious,” noted Minister Thompson.   “Arbitration seeks to resolve disputes fairly and quickly.   The resolution is recognized as equivalent to a court decision, in most cases, and both parties can move and have their disputes dealt with.

“It is my hope that ADR Bahamas will grow in popularity and eventually lead to an international arbitration centre that we seek to have operating here in Grand Bahama.   This will bring opportunities for Bahamians, as well as for the business community and those persons who wish to do business and invest in The Bahamas.”

OPENS SEMINAR – Minister of State for Grand Bahama in the Office of The Prime Minister, Senator the Hon. Kwasi Thompson was the guest speaker at the opening of the Alternative Dispute Resolution Seminar at Pelican Bay Resort, Thursday, September 21, 2017.  (BIS Photo/Lisa Davis)

ADDRESSING ‘ADR’ SEMINAR – While addressing attendees of the Alternative Dispute Resolution seminar on Thursday, September 21, 2017, Minister of State for Grand Bahama, Senator Kwasi Thompson said that Grand Bahama should be the centre for arbitration in The Bahamas.  (BIS Photo/Lisa Davis)