#Bahamas, September 18, 2017 – Nassau – Marquis Who’s Who, the premier authority on who makes a difference in the worlds of politics, law, science, art, business and community, has bestowed its highest honour on visionary entrepreneur Michael D. Dingman, naming him a 2017 Marquis Who’s Who Lifetime Achiever.   Mr. Dingman, a businessman, international investor and philanthropist, is the first Bahamian to have achieved the distinction.

According to a statement issued by Marquis September 16, Mr. Dingman is being “celebrated for his significant achievements, leadership qualities and the credentials and successes he has accrued in his field.”

Over more than six decades, Mr. Dingman’s intellectual curiosity, engineering background and constantly inquiring mind have led him to historic firsts in practical science applications, corporate and national economic development in struggling economies and extended to founding the award-winning Dingman Center for Entrepreneurship at the University of Maryland.

Reached shortly after he received news of the honour, Mr. Dingman said he was taken by surprise. 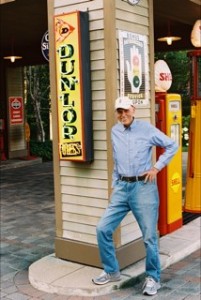 “I am humbled by this honour,” he said.   “There are so many people out there leading corporations, making important contributions, uncovering cures for diseases or new ways to produce food, it is humbling to think that someone like me who got his start long before the first cell phone call was ever made is being remembered and honoured by the founders of Who’s Who.   I hope this inspires other Bahamians who believe they can make a difference.”

The current president and chief executive officer of Shipston Group, Ltd, a private equity company based in Nassau, Bahamas, Mr. Dingman began his career as a partner at Burnham and Company in 1964. In 1970, he became the president, chief executive officer, and member of the board of directors of the Wheelabrator-Frye Inc., where he served for more than 10 years.   Mr. Dingman established Wheelabrator-Frye Inc. by combining the Wheelabrator industrial-cleaning and air-pollution-control units with Frye Copysystems, a manufacturer of printing inks.   In 1983, Wheelabrator was acquired by The Signal Companies, where Mr. Dingman served as president and member of the board of directors until 1985.