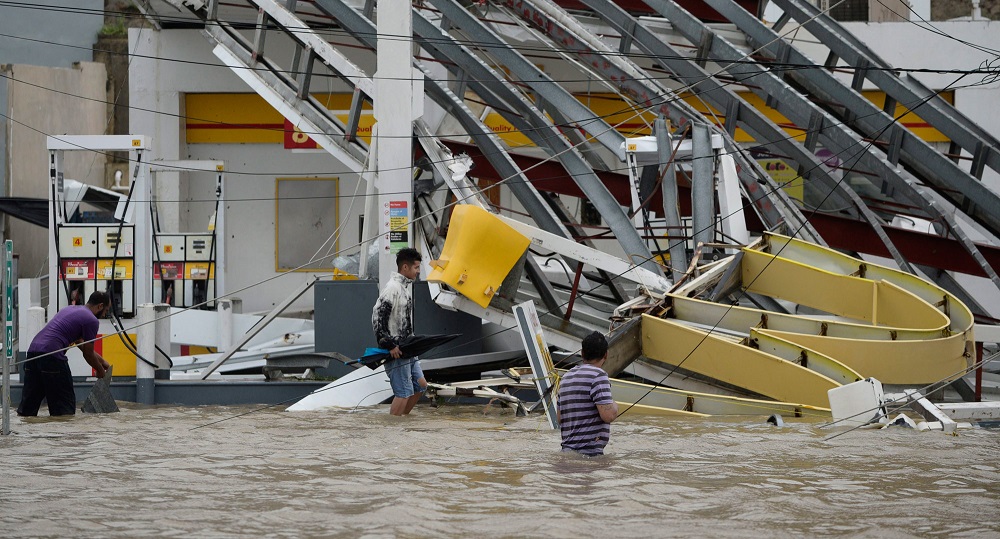 #TurksandCaicos, September 21, 2017 – Providenciales – All work to clean up and restore and repair has been stopped now that hurricane Maria is moving toward the Turks and Caicos.   #FortisTCI yesterday announced that it too will hit pause until after the storm.    FortisTCI in a media statement said they have restored electricity to nearly 4,000 customers and Government confirmed that about 50% of consumers were now with electricity.

What remains missing is that timeline, which Premier Sharlene Robinson explained may be more realistically determined once Fortis gets the extra trucks it is expecting in country and on the ground.    Tropical Shipping is said to be assisting with bringing in the significant number of utility trucks.

CEO Eddinton Powell last week said they had 17 on the way and #MagneticMedia learned that seven arrived last week; we have seen at least one of the new trucks on a work site here in Provo.    FortisTCI is asking for patience and promised that,  “the company and FortisInc are doing everything possible to resume repairs and system rebuilding as soon as it is safe to do so.”

Corporate Communications Manager for FortisTCI, Talisha Simons explained that when it comes to whether customers who were reconnected since Hurricane Irma will remain with the comfort of power, it is dependent upon whether or not there is a fault to the system in the storm.   If there is a fault, then Fortis will cut the electricity, she said, until after the all clear is given.