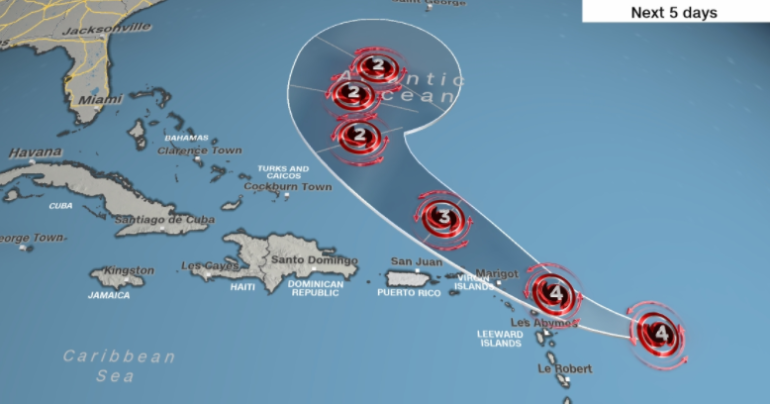 Bahamas, September 11, 2017 – Nassau – Hurricane Jose is not a threat to The Bahamas at this time, Deputy Director of the Department of Meteorology, Basil Dean said yesterday.
However island in the southeast Bahamas should monitor the system closely due to a possible loop that could bring the system closer to the country.
“Jose is well over 200 miles to the east of Turks and Caicos and we expect it to remain at a fairly good distance heading into the new week”, Dean said yesterday. According to the National Emergency Management Agency (NEMA), this is the first time in seven years that there have been three active storms in the Atlantic, at the same time. The last time was September 2010.

Several islands in the Caribbean are now in the process of rebuilding in the aftermath of Hurricane Irma. The Hurricane, so far, has claimed 24 lives.