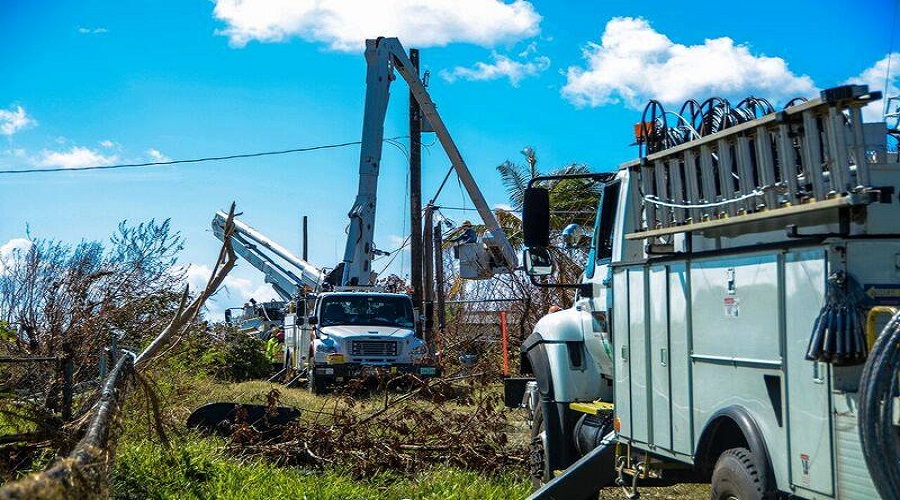 #Bahamas, September 14, 2017 – Grand Bahama – As promised, it is back to normal quickly for Freeport, Grand Bahama and despite the fact that normal for the island still means a severely depressed economy, people are happy to have their electricity back.  It was said that by Tuesday, 95% of islanders had received power and it was a good day for the #GrandBahamaPowerCompany.

Teams worked late into the night to get the island back on the grid.  Work continued on areas where there was damage directly to their lines due to the strong winds of the tornadoes in #HurricaneIrma, which brought strong tropical storm conditions to #GrandBahama Island.  The island was one of many in the chain of islands to breathe an audible sigh of relief with the shift in course of the ferocious hurricane.