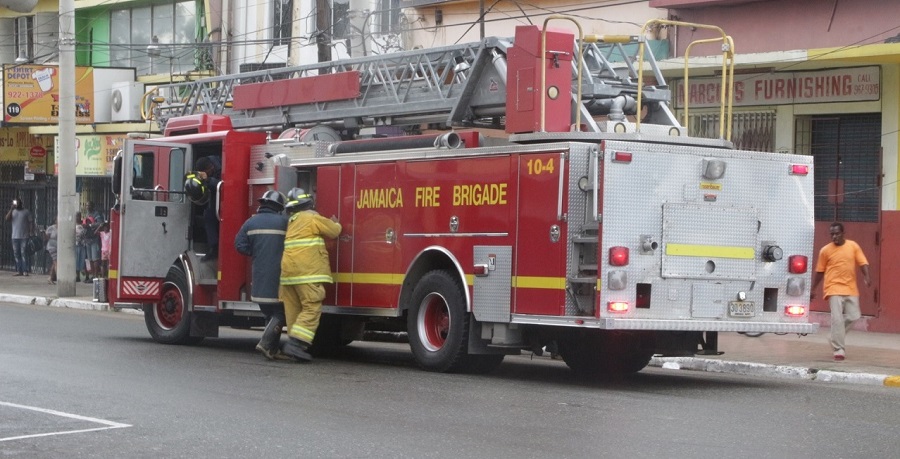 #Jamaica, September 26, 2017 – Kingston – Local Government and Community Development Minister, Hon. Desmond McKenzie, says the Office of Disaster Preparedness and Emergency Management (ODPEM) will be providing more than $30 million to the Jamaica Fire Brigade for the acquisition of boats.   He noted that the boats will better enable “the firefighters as first responders to be able to respond in a timely fashion if the need arises”.

The Minister was speaking at a recent Disaster Preparedness and Mitigation town hall meeting at Edwin Allen High School in Frankfield, Clarendon.  He said funds will be allocated to repair the Frankfield Fire Station and discussions held to supply the station with a new fire unit.

“I am going to ask the Fire Commissioner for a fire unit to be sent to Frankfield. It is important that you have firefighting capability,” he said.

The Minister, in his address, implored the citizens of Clarendon to pay their property taxes.    “Clarendon is at the bottom of the list of property tax compliance; not doing well at all,” he pointed out.   He underscored that the taxes are needed to enable the provision of essential services such as garbage collection and street lighting.

He advised that persons who cannot make all their payments at once should do so in installments.

“So, whatever you have, go and pay it, and I urge you to take into consideration all the services that we are required to give to you.   They can only be provided when you meet your obligation as taxpayers,” he pointed out.

Meanwhile, Minister McKenzie, who had visited the Spalding Transport Centre earlier in the day, commended the police for maintaining order in the area, which, he noted, is usually heavily congested.   He said he had given a commitment to the police, taxi drivers, and users of the transport centre that adequate sanitary facilities will be constructed for their use, as well as a bus shed where commuters can wait comfortably, away from the elements.

Director of the Meteorological Service Division, Evan Thompson, in his address urged the residents to heed warnings of approaching disasters.   He said with the hurricane season now at its most active, it is important that they are always prepared for any eventuality.