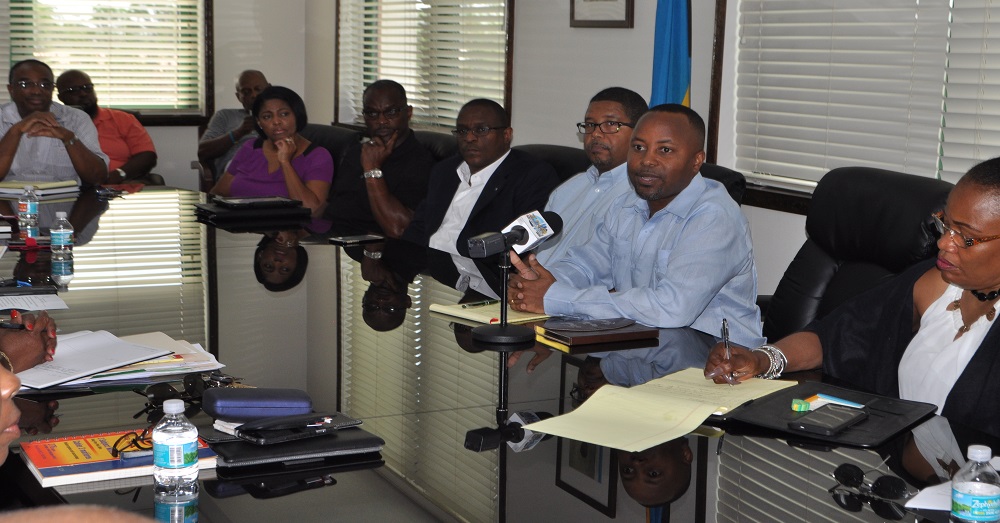 #Bahamas, September 4, 2017 – Grand Bahama – As Hurricane Irma, a dangerous Category Three hurricane nears the Islands of The Bahamas, officials in Grand Bahama are taking the threat of a hit by this storm seriously.   On Sunday afternoon, September 3, 2017, Deputy Prime Minister of The Bahamas, the Hon. Peter Turnquest, along with Minister of State for Grand Bahama, Senator Kwasi Thompson, and Minister of Youth, Sports and Culture, the Hon. Michael Pintard held an emergency meeting with all of the relevant government officials, NEMA officials, the GB Red Cross and other agencies to discuss Grand Bahama’s preparedness and response to a possible hit by Hurricane Irma.

Also attending Sunday’s meeting were Parliamentary Secretary for Information and Communication in the Office of The Prime Minister Pakesia Parker-Edgecombe, and Parliamentary Secretary in the Ministry of Public Works Iram Lewis, all three Commissioners on the Island (for East, West and Freeport), Deputy Commissioner of Police, Emrick Seymour, representatives from the police department, Immigration, Customs, Fire Department, the hospital, Local Government, the GB Power company, and representatives from the Grand Bahama Port Authority. 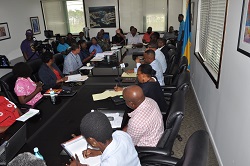 Before hearing from all of the represented agencies, an update on the location, strength and projected path of Hurricane Irma was presented by Grand Bahama Chief Meteorologist, Kirk James.   Minister for Grand Bahama encouraged all Grand Bahamians to be prepared, to listen closely to all weather updates and to pray.

Grand Bahama was severely affected by Hurricane Matthew in October of 2016 and many residents and businesses are still in the rebuilding stages from that hurricane.