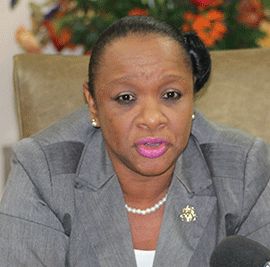 Turks and Caicos, Thursday 3rd August 2017 – Providenciales – “A Leader of a country is never on vacation and no one must feel that there is a crisis in leadership on the matter of crime in the Turks and Caicos Islands. The Acting Premier is fully engaged and I am fully aware of what is transpiring. We continue to engage law enforcement on their needs and will continue to support them.
“We will continue our efforts as a Government on the initiatives we have committed to for the short term as well as the long term future. There are those who would seek to reduce the efforts by this Government over the past few months to Press Releases and it would be irresponsible if we do not remind persons and counter the falsehoods. On coming to Office we promised the people that we would make representation to the United Kingdom (UK) for assistance and this we did on two separate occasions with the UK Ministers responsible for Overseas Territories in the past 7 months. This request was made initially to Baroness Anelay during a bi-lateral meeting in February and again with Lord Ahmad last month.  We were grateful when in February when the UK agreed to have a security needs assessment carried out. The TCI was one of the earliest countries to receive a Team who assessed our needs. We are now in possession of that Report with recommendations. We will continue our efforts in this regard and are pleased with the reception by both Ministers. Nonetheless, we will continue to fund policing initiatives and would wish to remind our people again of our other efforts thus far in 7 months:
“I want to encourage us as a people not to be led blindly by those who choose the way of personal attacks and gutter politics to score political points and to exploit those who are genuinely fearful and concerned for their country. This has and always will be bigger than politics. This time calls for calm, responsible and strong leadership and while finger pointing is all that some know or have come to accept as leadership, much is happening in the area of national security,” says Premier Robinson.
“The people of this country must know that all who share a function in addressing national security is well alert, engaged and on the job. I have not left matters unattended as it relates to the role of Government neither have I been disconnected nor reckless in the carriage of my duties or trust. I am asking each of us to be careful of what we share by whatsapp and on social media as this is contributing to how we market our tourist destination. We must not want our postings to be the one advertisement that a tourist or potential tourist reads. These latest experiences reveal not a crisis in leadership but one of a crisis in morality. We have a few misguided youth who for whatever reason has chosen this destructive path that threatens life and also put their lives at risk. What sets us apart from all of our neighbors is the fact that a few reckless acts as well as a few reckless statements in such a small country can have a devastating impact. What I wish to say to my people is that we must take stock of our actions and resist the temptation to turn this into a fight with each other and to turn this on a fight for our misguided youth, our troubled homes and communities and if we must turn it on persons, turn it on those who seek to exploit this troubled time for political and personal gain at the loss of our country. We are all in this together and if we are going to win which I am sure that we will, we must not delay the win by wasting time on issues that pale in comparison to the challenges we face as a people. Oh how I would wish to be the super woman with a magical wand that can turn everything perfect instantly but what I am is a leader that will not neglect her people nor stand down in the face of a fight for us as a people; what I am is a leader that is hurt for my people who are in too many ways being exploited by selfish persons.  This is not at all a crisis in leadership: it is a crisis in morality and we must address the real issues while law enforcement does its part. My Government remains committed to addressing causal factors as well as funding policing initiatives.”
#MagneticMediaNews
#PressRelease