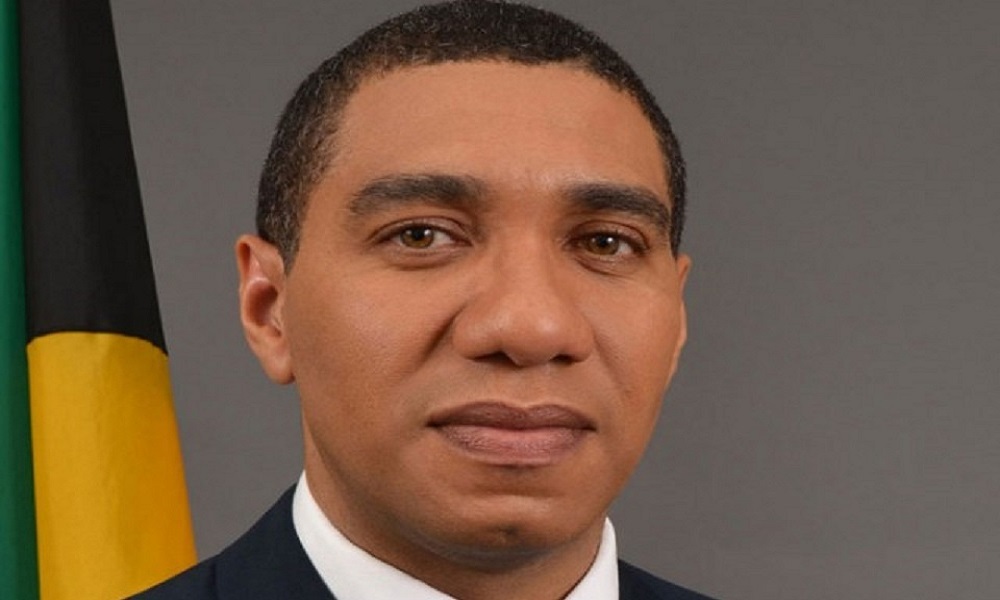 Also honoured by the Foundation were former Prime Minister, the Most Hon. Edward Seaga, who received the ‘Nation Builder Award’; and Jamaican-born basketball legend, Patrick Ewing, who was given the ‘Son of the Soil Legacy Award’.   The awards were presented at the Jamaica 55 Independence Grand Gala, held at the New York Hilton Hotel by the Foundation. 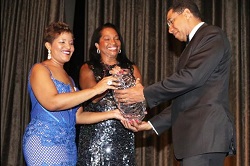 Accepting the award, Prime Minister Holness paid tribute to fellow awardee, Mr. Seaga, whom he described as his personal hero and mentor.   He reminded the audience that Mr. Seaga was “one of the framers of the Jamaica Constitution, a father of the nation, a social engineer extraordinaire and a patriot”.

“Jamaica is forever indebted to you and the countless contributions you have made to our country’s development,” the Prime Minister told Mr. Seaga.

Turning to Mr. Ewing, the Prime Minister said he embodies the spirit of the Jamaican people, who have excelled in their endeavors.

“Your stellar contributions to sports/basketball have further cemented Jamaica’s reputation as a sports powerhouse. We acknowledge your leadership in this area, and for your ambassadorship in showcasing the talent that is present in Jamaica,” the Prime Minister said.

The Prime Minister commended the organizers for channeling the proceeds to the centre and the school, emphasizing that the Government will not relent in its efforts to get Marcus Garvey’s name cleared of criminal charges in the United States.