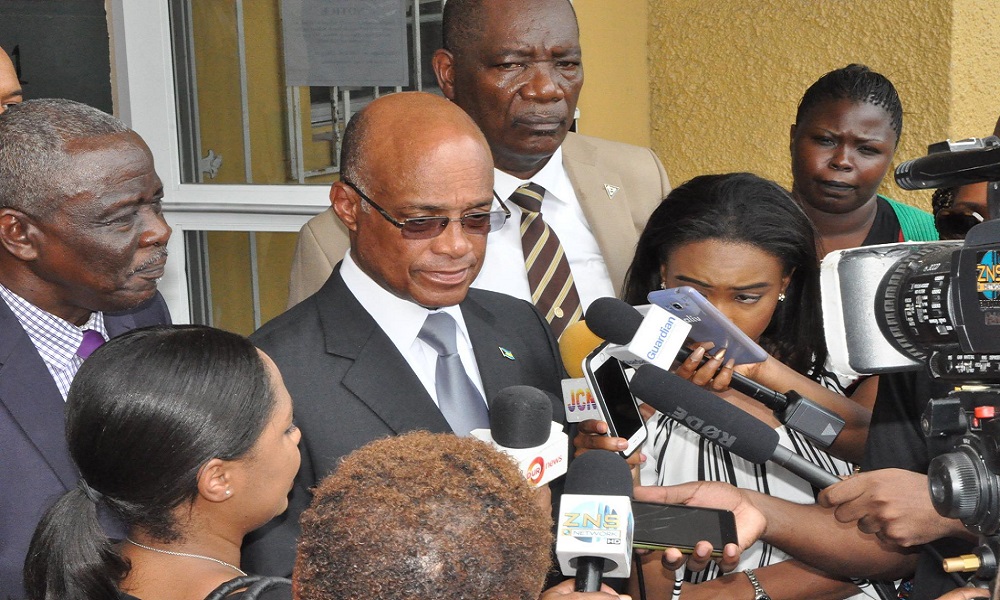 #Bahamas, August 17, 2017 – Nassau – Just weeks now to the start of a new school year and while just about all Ministry of Education public schools across the country are nearing the end of works to be ready for day one on September 4, there is a bit more of a job when it comes to historic #StephenDilletPrimary School which will not open until September 11 according to the Education Minister.    Minster Jeffrey Lloyd and PM Dr Hubert Minnis on Wednesday toured the school on Wulff Road and found that tremendous work is being done and it is being done in what is described as record time.

“What would have ordinarily taken six-and-a-half to seven months to complete, will be completed in less than four months,” announced Minister Lloyd.    The project which includes 29 new classrooms, two preschool classrooms to accommodate 40 students, 100 per cent WiFi for some classes, transformation to Administrative Offices, library spaces, resource centres, multi-media and media rooms and additional bathrooms in this $4M wholesale reformation.

Today, work by lead contractor, Jack Andrews is 80% complete and a record, 821 students are expected to be facilitated at Stephen Dillet.    The primary school has long been plagued with structural problems and its one week delayed opening is making headlines again.    The school in Nassau is named after Haitian-born Stephen Dillet, who became the first colored person in the history of The Bahamas to win an election as the representative for the Town of Nassau, winning seven consecutive elections.