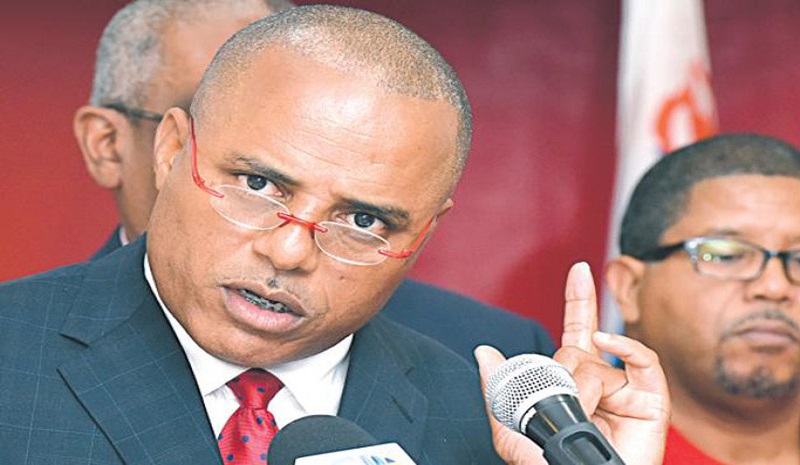 The Commonwealth of The Bahamas

After getting the news of another murder this morning, I decided to convene a meeting with Commissioner of Police Ellison Greenslade, along with his executive team and divisional commanders to review their current strategy.  After hearing from them and knowing what we are up against, I requested of them to redouble their efforts.    As a result of our meeting, they have decided to execute a number of initiatives.

While efforts in tackling crime are static in many ways they are also fluid as our approach is based on what is occurring. Towards this end, they are further enhancing senior command at a divisional level on a 24-hour basis.   They will be taking a more aggressive approach to handling drug peddling and shutting down drug houses in communities throughout New Providence, Grand Bahama and across the Family Islands, as they are the source of many of the crime problems that exist.

They will be increasing their intelligence and operational efforts to identify and disrupt gang activities.  From an intelligence perspective, there will be an increased focus on firearm traffickers with a view to bringing them to justice.

The police have informed me that they have conducted a review of persons on bail who are not in complying with their bail conditions.  Further, they have discovered that more than 50 persons were not in compliance and they have already arrested a number of those persons and subsequently their bail was revoked.    At present, there are 268 persons currently being monitored for various offences.  Out of the 268 serious offences committed there are: 70 for homicides, 18 for attempted murders, 102 for armed robberies and 59 for firearm offenses.

Police intelligence has also revealed that the murders have occurred in what we call hot spots –Pinewood, Kemp Road, Bain Town, Yellow Elder and Carmichael Road communities.  Police will increase vehicle and foot patrols and will be using all of the technology available to them including increased monitoring of CCTV and their all of their resources to curtail these violent crimes.

The efforts of police have yielded some results but as I have explained there is more that we should be doing and there is also a need to improve technology and build capacity.  I will like to send a warning out to all those persons who continue to live a life of crime – moving forward we intend to make your life very uncomfortable.  We will use every resource at our disposal to ensure that you are made to account for your wrongdoings.  This is a promise.

As we have committed to in our Manifesto, we will immediately commence with the establishment of the National Crime Prevention and Neighbourhood Watch Council to grow community involvement in the fight against crime.   We have identified Senior Assistant Commissioner Stephen Dean to lead this council in the interim.   This council will establish crime watch groups in every community and these groups will endeavour to establish commonality and examine community prevention measures.   The council will study the feasibility of citizen patrols working with police to improve relationships and prevent crime.    Additionally, the council will collaborate with multi government agencies and non governmental agencies.

The Government of The Bahamas will review the establishment of the Royal Bahamas Police Force as we feel that this is one of those areas that if we get right, should go a long way in reducing high levels of crime in our communities.   This review will determine the requisite number of officers at any Division which was never previously established.    I suspect that shortly we will run a pilot programme in terms of addressing this issue to determine its effectiveness.

We will also move to decentralize once again, the central detective units.  The purpose of decentralization is to have detectives at stations to readily respond to serious matters on a timely basis.   The detective units were dismantled under the last administration.

I want to use this opportunity to personally and publicly thank the fine men and women of the Royal Bahamas Police Force for their tireless efforts to keep the people of the country safe.    Yours is a job that is accountable to the Bahamian people but one that is often let without thanks.

It should be noted that the job of law enforcement officers is the prevention and detection of crime and the apprehension of offenders.  The government intends to produce very shortly its legislative agenda which will have a number of Crime Prevention Bills, including the National Anti-Corruption Agency and National Intelligence Agency among others.

We are more determined than ever and stronger in our resolve to keeping this Bahamas safe for all citizens.