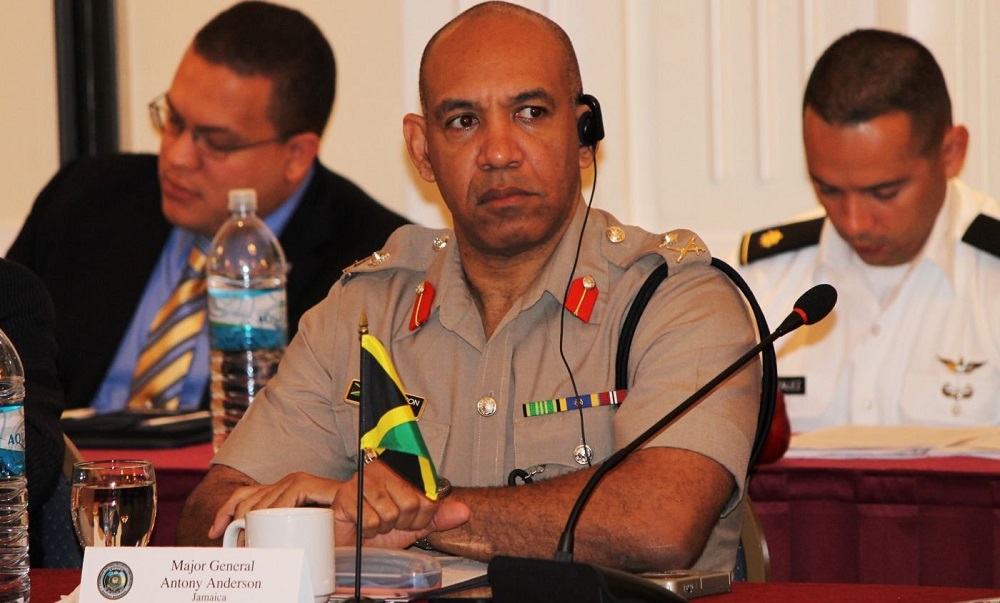 #Jamaica, August 16, 2017 – Kingston – The National Security Council is expected to receive a 10-day report on the happenings in areas designated Zones of Special Operations (ZOSOs).

“It is not something you fire and forget… The way the legislation is written they (zones) require close attention.   The Prime Minister has really stepped out on this one,”  Mr. Anderson said in an interview on the Jamaica Information Service (JIS) television programme, ‘Issues and Answers’.

For residents living in areas that are designated ZOSOs, Mr. Anderson is urging full cooperation with the joint forces, which are acting to rid the communities of criminals.  Social intervention committees, which will be comprised of some community members, will be formed to work with residents to determine opportunities for training.

Included in the social component of the ZOSOs will be the Housing, Opportunity, Production and Employment (HOPE) Programme; and the HEART Trust/NTA, which “will intervene if necessary to provide training”.

Various other State agencies such as Jamaica Social Investment Fund (JSIF) and the Social Development Commission (SDC) will also intervene where necessary.

“This intervention will be lined up in a way to create sustainable change, which is really what we want. At the end, the communities will have normal leadership structures and determine their own future,” said the National Security Advisor.

Approved by the House of Representatives and Senate, the law will also facilitate the implementation of key social interventions in communities adversely affected by crime and violence.

The Prime Minister can only declare an area a Zone of Special Operations after the Chief of Defence Staff and the Commissioner of Police, as members of the National Security Council, have advised him so to do in writing.