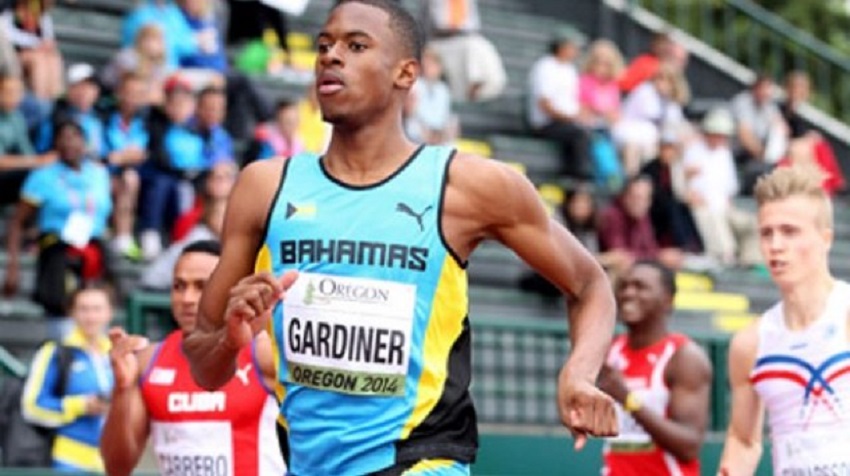 United Kingdom, August 8, 2017 – London – At 3:50pm today or 9:50pm UK time, a major 400m event will unfold at the IAAF World Championships and it features Bahamian Steven Gardiner.    Gardiner who ran a personal best and national record on Sunday, did the unexpected when he sailed past his contenders to capture first in a fast-paced semi final to qualify for tonight’s final.  That 400m race happens at 3:50pm our time, there is live streaming online.

In other IAAF news… Teray Smith, hailing from Eight Mile Rock did not advance in Heat 1 of the men’s 200m at the IAAF World Championships being held in London.    Smith, who is 22 years old, placed fifth in his heat with a time of 20.77 as the country’s lone competitor in the event.

Former silver medalist in the women’s 200m at the IAAF Championships and Olympic gold medalist, Shaunae Miller Uibo significantly outpaced her competition in the heats of the event to place first.   Miller Uibo is going after an historic double gold in the 200 and 400, but she is going to have to go faster as her main competition, Allyson Felix of the USA is after gold too and ran a faster time in her semi final heat and came in second.

A surprise performance by Salwar Eid Naser of Bahrain could upset both women’s quest for gold, their final in that 400m is Wednesday.    Three Bahamian women qualified for the 200m which is on the agenda today; Tynia Gaither in heat one; Anthonique Strachan runs in heat four and Shaunae Miller-Uibo is in heat six – the women’s 200m begins at 1:30pm, our time.