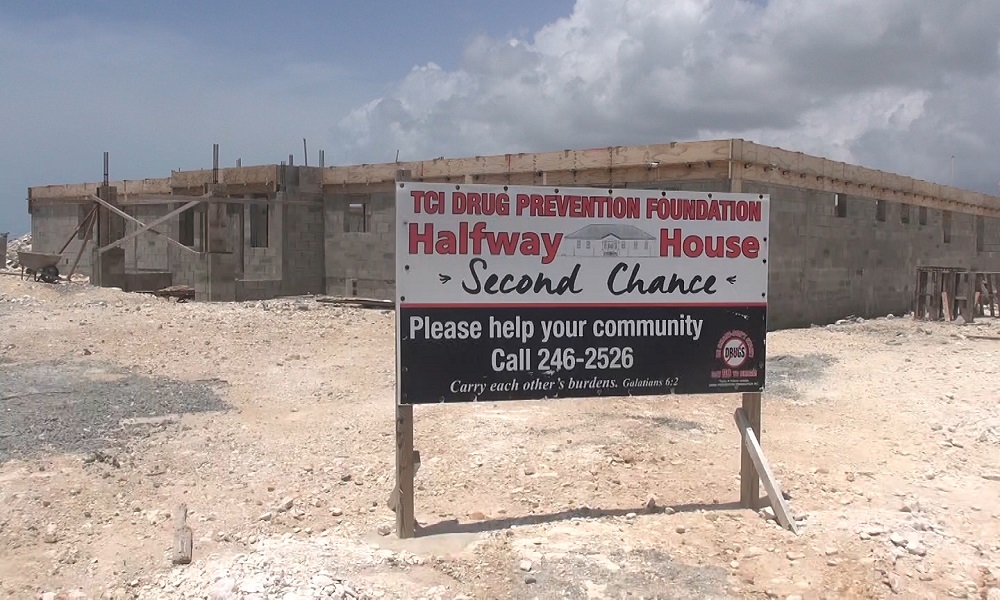 #TurksandCaicos, August 22, 2017 – Providenciales – A building is up and it seems to be ready to be topped off by a roof and while there was no one at the site today, there is construction obviously going on at the home of the soon to come Halfway House in Providenciales.    The previous Government broke ground on the site in November 2016, the current government handed over a $150,000 cheque in February of 2017 for the work to begin and many believe the effort is gravely needed for the 30 plus mentally challenged living in the Turks and Caicos.

New discussion on the halfway house, which is a long time effort of the #DrugPreventionFoundation and the Mental Health and Substance Abuse Department of the Ministry of Health resurfaced when there was a report and images captured on Monday of a man, running naked through the Grace Bay shopping district in Provo.  The situation highlights the ongoing need for the special assistance and rehabilitative care the center will provide upon completion.

The halfway house was originally announced for completion in 2017 and is located in the South Dock area.