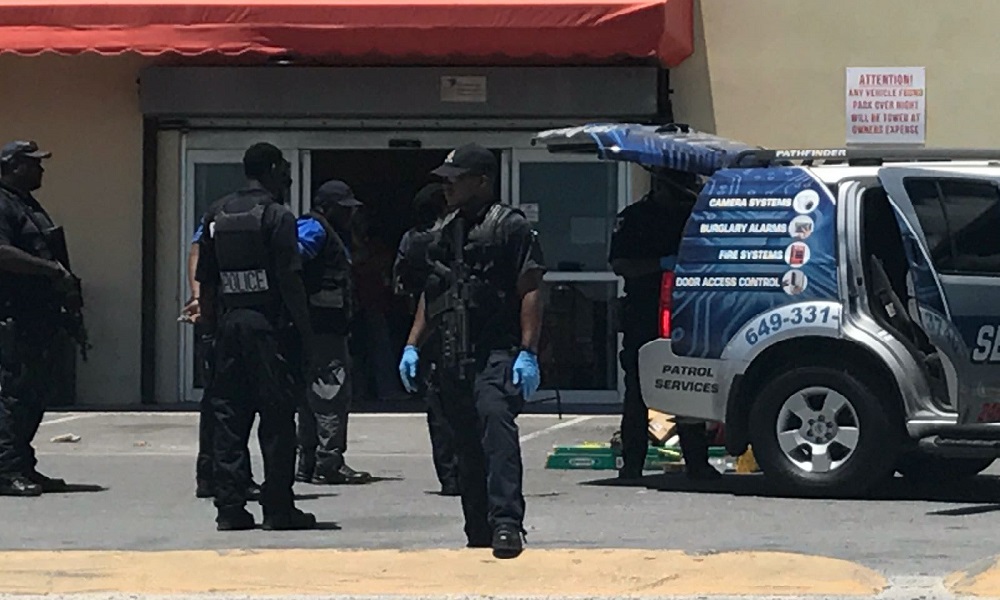 #TurksandCaicos, August 22, 2017 – Providenciales – Police had to admit to making a big mistake with Fortress Security Services, #MagneticMedia is told after seemingly bogus intelligence led to an unwarranted investigation.    Passersby caught the moments on cell phone with photos and video of the scene unfolding outside of Quality Supermarket, while Fortress security guards were working; a situation which made the company appear to be involved in criminal activity.

According to Evan Spencer of #SpenceSecurity, this was far from the truth as in a written statement to Magnetic Media he expressed his concern over the treatment of Fortress, which is owned by his son, Jerard Spencer.

“The police claims that they was acting on a report they received stating that my son was conducting escort operations with an unlicensed firearm…. They got a complete team of officers from their technical team with AK47 automatic weapons and shotguns and surrounded at gun point, my son’s car… guns pointed into their faces and ordered them to surrender their license firearms and freeze.    They then handcuffed all of his security guard employees, including an ex-ranking member of the police department, and took them into custody for a number of hours.”

It is explained that search warrants were obtained and scoured were not just #FortressSecurity property but the personal residences of the security guards.

Mr. Spencer, a former police himself added, “The searches turned up nothing; and it turned out to be a very big mistake on the behalf of the police department.”

Evan Spencer said the investigation targeted the security company and called it a real shame as security officers, he said are trying to assist the police with crime in the country.    Spence, as he is commonly called said there was something wrong with the picture, that all of the men are Turks and Caicos islanders, that there appeared to be no justification to the public display of guns blazing and that all of the security officers were given back their licensed firearms and were released without charges.

We did speak to Jerard Spencer of Fortress Security who said he will likely give comment later.    The Police Force was contacted since yesterday about the dramatic take down and we contacted them again this morning after getting this report overnight on the situation; it is promised a response is coming.