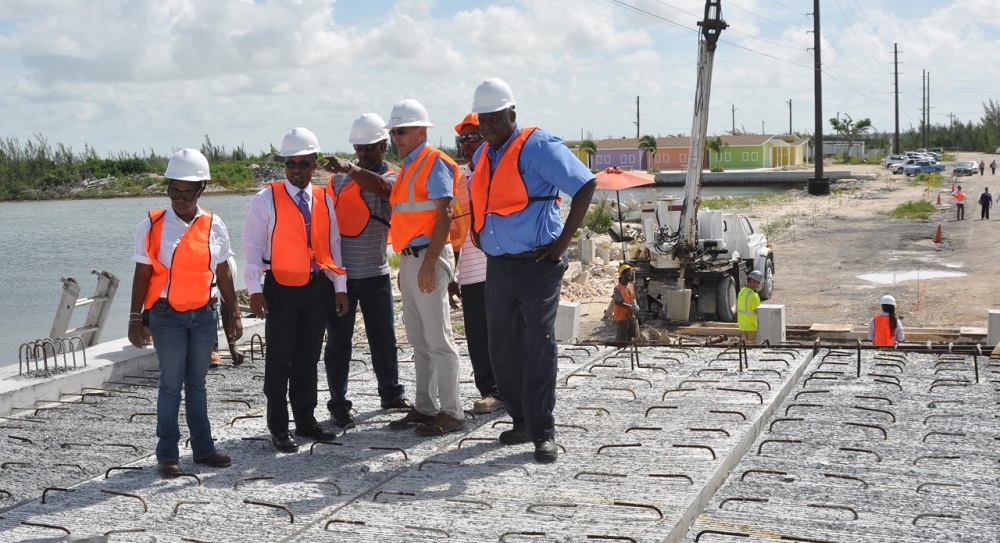 #Bahamas, August 31, 2017 – Grand Bahama – The Fishing Hole Road bridge could be completed by January 2018 said the Minister of State for Grand Bahama, Kwasi Thompson who on Monday toured the facility.    Accompanied by Parliamentary Secretary in the Ministry of Works, Iram Lewis, and officials from the Ministry of Works, Minister Thompson got a firsthand view of the progress of the bridge, which is being constructed by All Bahamas Construction Company Limited (ABC).

Senator Thompson said, “We are satisfied with the progress that has been made on this bridge and we are working with the contractor to ensure that the project is completed in the shortest period of time.”

While on the site, the Minister noted that the rate of speed of motorists passing by was concerning and now plans are accelerated for increased safety for both the workers at the bridge and drivers along its construction.

Contractor for the Project, Wolfgang Geiger who led that tour said he was pleased to have the government officials visit the site and assured members of the public that his company is doing all it could to ensure that the new bridge was completed as quickly as possible.    The #FishingHoleRoad bridge is being built at a cost of around $7 million dollars and Geiger is confident that they will stay on budget, even in the face of a few minor adjustments.   A Cultural Village, which was the first stage of the Project, is completed.