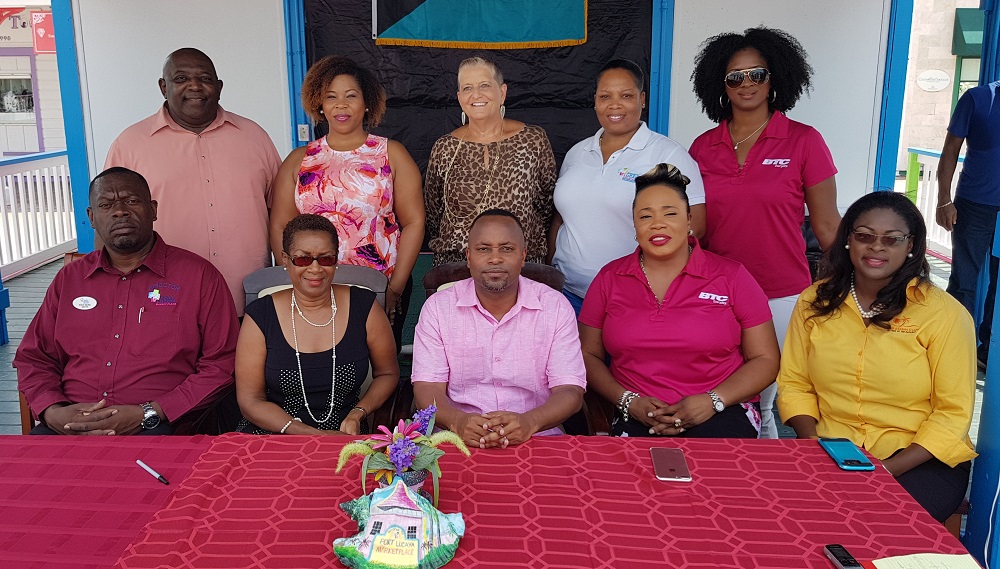 Bahamas, August 1, 2017 – Grand Bahama – The Port Lucaya Marketplace will be getting a much- needed economic boost with the launch of ‘A Taste of Port Lucaya,’ Minister of State for Grand Bahama, Senator the Hon. Kwasi Thompson, announced during a press conference in Port Lucaya on Sunday, July 30.

Partnering with the Ministry of Tourism, BTC, the Grand Bahama Port Authority, the Grand Bahama Island Promotion Board, Port Lucaya, and other vendors, the event is expected to get the attention of locals and visitors alike.

While the issues with the hotels are being dealt with as quickly as possible, this project is hoped to increase economic activity beginning this Thursday and will feature Social Media sensation, Sawyer Boy, out of Nassau. Also featured will be local artist, Stileet.

“We are thankful that our government and the private partners have come alongside the Office of the Prime Minister in Grand Bahama in planning and executing this event, which we know will be a success.”

Minister Thompson noted that the team from the Ministry of Tourism has been leading the international marketing campaign, in conjunction with the Grand Bahama Island Tourism Board. They will ensure the promotions are done on social media, and happy to see that not only will it attract international guests, but local hotels and airlines have also offered special rates.

While the event will be launched on Thursday, it will be held every other Friday following.

He encouraged locals to bring their families out to the event.

“In order for us to survive and thrive, we have to also be unified and be prepared to back one another. We know that the Port Lucaya vendors here are struggling and we know that they’re challenged. While the government is working on a long term approach, there are some things that we as locals can do to help.

“So we are asking you to come out and support.”

In closing, Minister Thompson said the government is interested in making sure the island gets the necessary economic boost that it needs. Describing Port Lucaya as one of the “centre pieces” on the island, he added “we must not neglect it and do what we can to help it.”