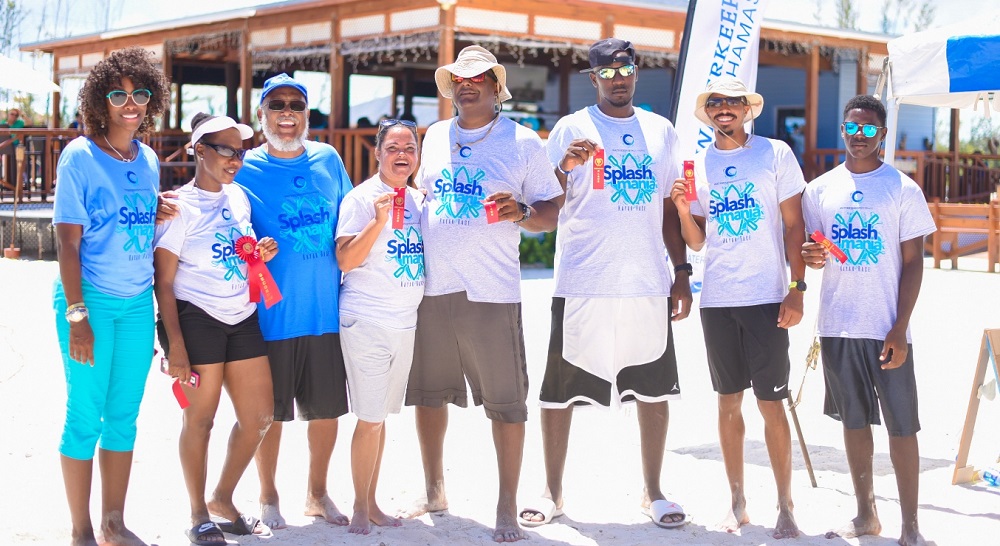 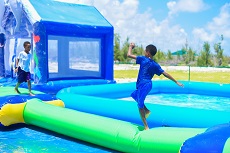 Bahamas, July 25, 2017 – Grand Bahama – It was a first of its kind and it was hard to tell which was louder – the plop-pop of the paddles or the laughter of the racers.   Organized and hosted by Waterkeepers Bahamas, the event was called Splashmania and like the name implies it was a perfect excuse for spending a day at the beach.

“When you are a child, going to the beach is just about as good as life gets. As we get older and responsibilities weigh us down, sometimes we need a little reminder about why we live in The Bahamas and love the water so much,” said Rashema Ingraham, Executive Director of Waterkeepers Bahamas.

“Hosting an event like Splashmania helps put us back in touch with the wonders of our waters and that is in line with what Waterkeepers represents which is to make our waters fishable, swimmable and drinkable.” 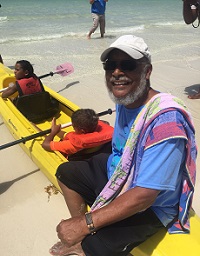 According to Ingraham, the turnout at Manta Ray Village on Williams Town Beach was better than expected.   “We had about 20 races, covering individual and team races, and indeed all participants really came to enjoy the fun,” said Ingraham, who heads the local affiliate of an international alliance that operates largely with volunteer monitors.

On six continents, thousands of volunteers and limited staff monitor, test, assess and report conditions of their oceans, rivers, lakes, ponds and streams. The Bahamas has three affiliate Waterkeepers of the 300 in the global alliance – Grand Bahama, Clifton- Western Bays, and Bimini.

Races were broken down by age and distance with Kaylee Murray, 8, and Tafari Fountain, 10, taking top place honours in the youngest category. In the teen group, Tristan Rampersaude, 15, went the distance alone to come in first as did attorney K. Brian Hanna in the men’s division.    In women’s, it was the tandem duo of Gayla McPhee and Naisha Russell who power-paddled their way to a trophy. Michael Flowers powered his way to Best of the Best while K. Brian Hanna and team earned a second trophy for corporate group and the Grand Bahama Sailing Club won the civic and service organization category.

“We couldn’t have done this without the support of all our sponsors I want to give special thanks to Manta Ray Village and Restaurant, Grand Bahama Nature Tours and Freeport Aquatics Club,” said Ingraham. “Between those sponsors, they provided the venue, all the kayaks, paddles and vests and the buoys and all the race materials we needed.” 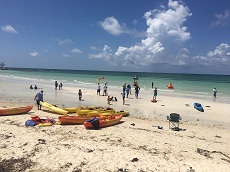 Waterkeepers Bahamas and Save The Bays partner in several water-related activities including helping to sponsor the learn to swim programs at the YMCA Grand Bahama and the Freeport Aquatics Club.