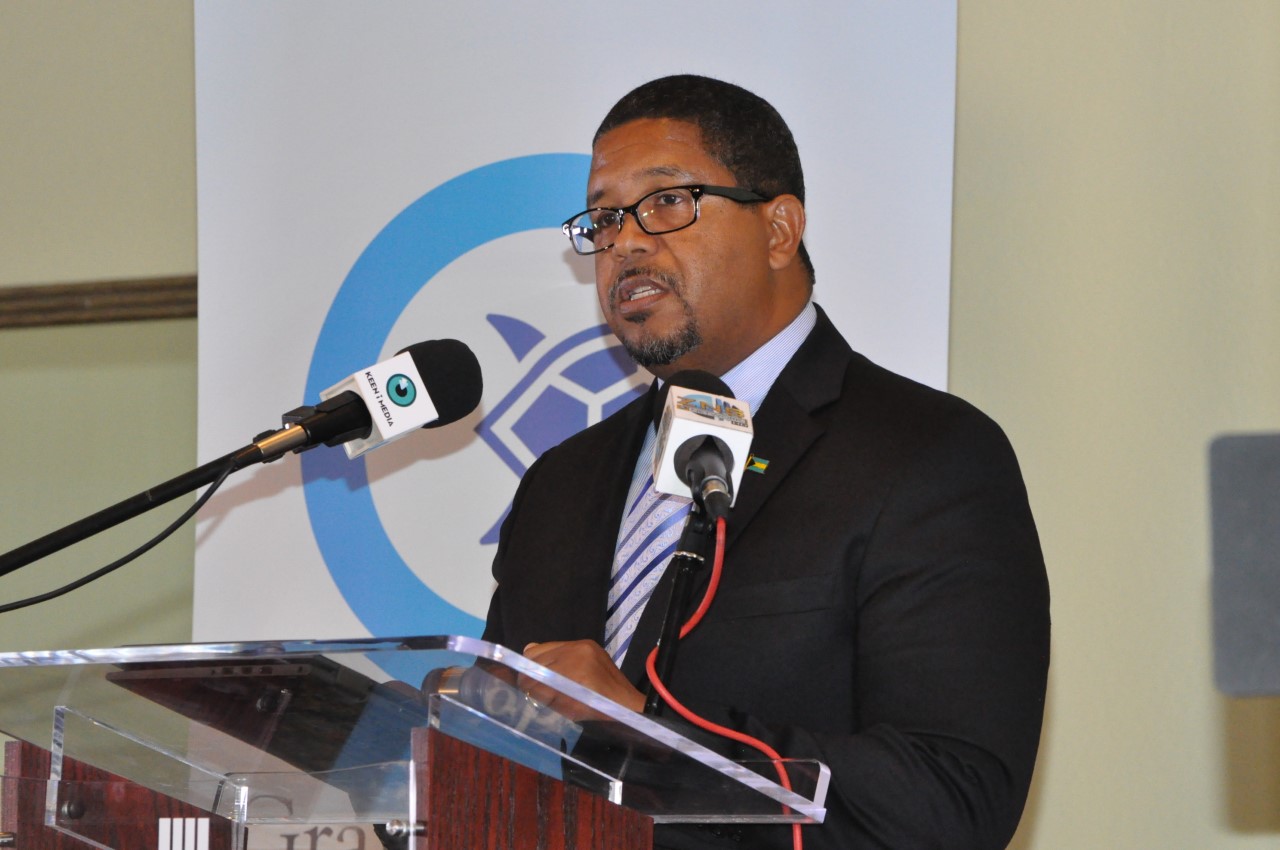 The Government of The Bahamas has made the commitment to establish a satellite office of the Bahamas Investment Authority in Grand Bahama, with the focus of speeding up Investment opportunities on the island.

This announcement came from Deputy Prime Minister of The Bahamas and Minister of Finance, the Hon. Peter Turnquest, who was the guest speaker at the Grand Bahama Chamber of Commerce’s monthly luncheon, held on Friday at Grand Lucayan resort.

“We want to make the ease of investment as simple, and as efficient as possible. So we will have investment offices here on this island to deal with investment proposals for this island.”

Minister Turnquest pointed out that a part of that process does involve the Government working with its partners at the Grand Bahama Port Authority to ensure that they limit the amount of contact necessary by either party, by simplifying and streamlining the requirements, using a single window, one-stop shop kind of approach.

The Minister noted that this would prevent investors from “wasting time chasing one agency or the next.”
In taking a closer look at what it will take to revitalize the Grand Bahamian economy, the Deputy Prime Minister noted that his Government seeks to develop an Industrial Policy for Grand Bahama, which will identify potential areas of opportunities and products.
This, he said, is a priority for the Government of The Bahamas.

In fact, he said that they have received impressive investment proposals for Industrial investments for different parts of the island of Grand Bahama.

“Our plan includes strategic interventions to stabilize livelihoods, to target programs that encourage employment, skills acquisition and self-employment,” added Minister Turnquest. “To this end, we will continue to support apprenticeship programs to ensure that our young people, in particular, acquire useful skills for the future vision that we see for Grand Bahama.

“We must examine particular needs of small and medium businesses in Grand Bahama. To this end I am delighted to inform of the pending establishment of a Small Business Development Centre in Grand Bahama, attached to the University of The Bahamas, supported by the Ministry of Finance.

“Indeed, my Cabinet Colleague, the Minister for Grand Bahama, Senator Kwasi Thompson, is presently in Washington U.S. Small Business Administration about the introduction of a model in New Providence and Grand Bahama.

“In that Small Business Center, we expect that all of the resources necessary for a small and medium-sized enterprise to go from concept to obtaining a license, to operation, will be available at that center. We also would like to have that Center partner with the Joint Venture Capital Fund, which the government is committed to contributing five million dollars.”

He noted that the idea behind the Center is to ensure that Grand Bahama’s Small Business entrepreneurs have a greater chance of being successful.

The Deputy Prime Minister told members of the GB Chamber that one of the lessons learned from the destruction on Grand Bahama from Hurricane Matthew in 2016 was the fact that “haste makes waste.” With that in mind, he noted that as a resident of Grand Bahama, he clearly understands the suffering of many Grand Bahamian residents, who have found themselves in an economic decline for the past 15 years.

“Grand Bahama requires a well-thought through and carefully executed stimulus package and a master plan to address many of the issues that confronts us,” Minister Turnquest added. “I’ve been known to speak plain and maybe a little too honest, but two months in office is a little bit much to expect that a Master plan would be ready to roll out. Again, it’s important to understand that haste makes waste.”