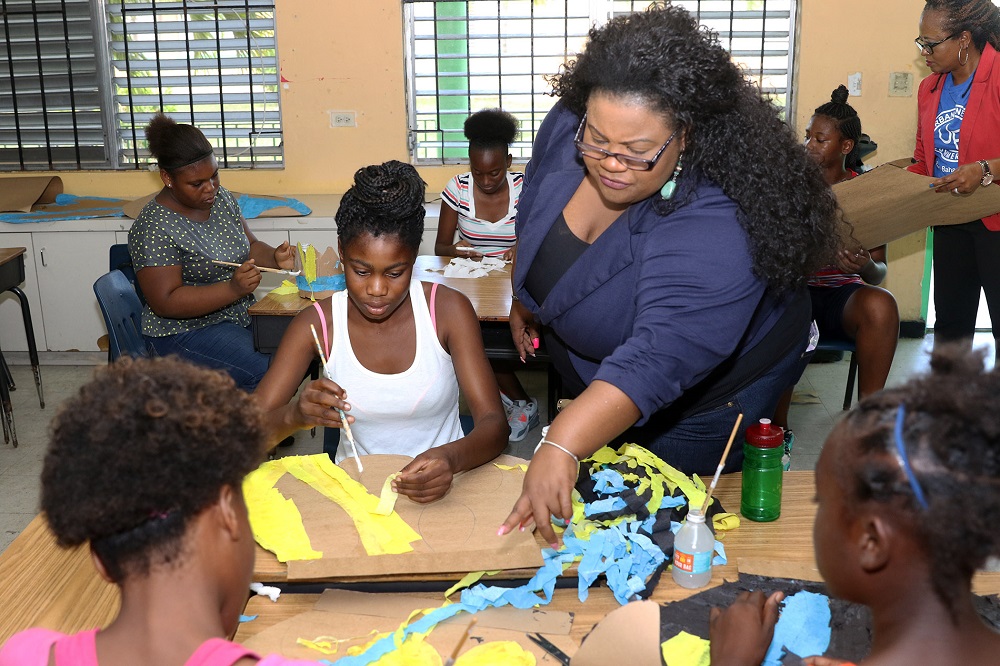 Bahamas, July 31, 2017 – Nassau – Fundamental subjects of Math and English were drilled into the 100-plus children enrolled in the Nassau Village Urban Renewal Summer Camp but, equally important, the children were exposed to topics like bullying, hygiene, inappropriate touch, gang violence and conflict resolution through pep talks during the three-week program.

“I’ve seen their mannerisms change over the course of the 3 weeks,” said Latisha Rolle, one of 13 facilitators at the camp.

“Camp normally gives families temporary relief from chaotic situations at home.  Children act according to their culture at home. When they go home, even though Mummy may be loud, we help them to understand there is a way to deal with that. We teach them to deal with conflict. As a child, you have an obligation to honor your father and mother and that is one of the scriptures we teach them.

“Every day they also say a pledge and 2 Bible scriptures… “Honor thy father and mother… and I can do all things through Christ who strengthens me.

“They know these things by heart,” she said. 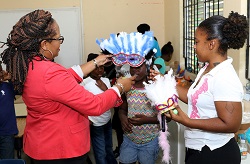 Arnette Lunn, a camp facilitator who is also studying to become a Mediator, imparted some of her skills to the children. She explained that it is one thing to recite the pledge, but it’s another thing to know what it means. “We explain what the pledge means; respect for peers, elders, teachers, the community and anyone you may encounter. We also recite the Golden Rule every day … Do unto others as you would have them do to you. Treat people how you want to be treated.”

The campers, ages 5-15, who are residents of Nassau Village, Pinewood and the surrounding area, also engaged in basketball and volleyball games for 20 minutes each day along with interpretive dance and sign language classes.

Ms. Lunn emphasized that the children were “happy” to be at the camp and were making new friends in a school setting but in a “controlled” environment.

The Ministry of Social Services and Urban Development is hosting the “free” camp which is being held at Sadie Curtis Primary School. Each day the children receive breakfast and lunch, fruits and drinks.

The camp will officially closed with a special ceremony at Loyola Hall, Gladstone Road, at the end of July.