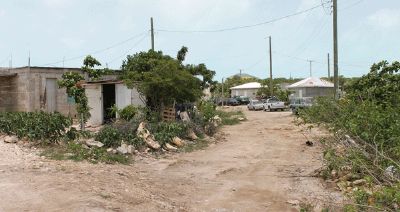 Squatting or illegal construction is a long standing problem and the new PDM Administration through Minister Goldray Ewing said the Planning Department is already empowered to deal with squatters or anyone building illegally in the Turks and Caicos, but amendments in Parliament will give planning officers more immediate power to deal with unlicensed building.

It is a problem rampant throughout the islands and often, work permit holders are doing it but now, employers are put on notice by the Minister who reminded that housing for expatriate staff is a legal requirement; no foreign worker should be forced to have to build their own dwelling.  Low cost housing is also planned as an option by Government for those constructing illegally, as Minister Ewing said that the crackdown is less about making people homeless and more about regulating for quality constructions.