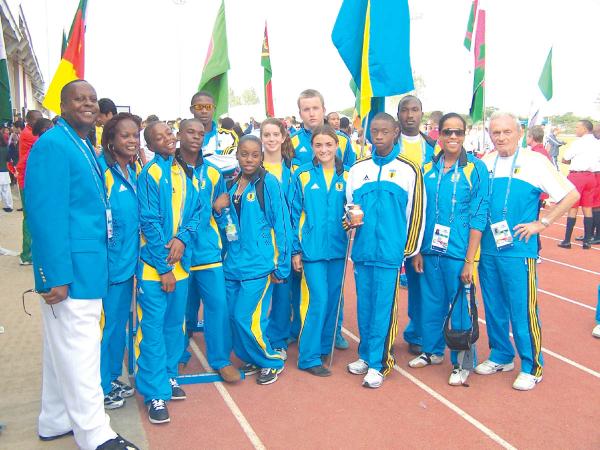 The Bahamas’ mixed 4×200 meters relay team of Shaquiel Higgs, Tylar Lightbourne, Kayvon Stubbs and Denvaughn Whymns, in that order, came from behind to strike gold in that event, giving the host country its only top finish at the CYG Bahamas 2017.

Denvaughn Whymns, the breakout athlete from the Bahamas, led The Bahamas from behind in a thrilling 4x200m final. Whymns also won bronze medals in the boys’ long jump and boys’ 110m hurdles on Friday and Saturday night respectively.

“It feels awesome. The goal was to come out here and do it for my country, and I did that,” Whymns said. “I knew that once I got off the curve the momentum was going to bring me through. I knew coming in that I was one of the leaders of the team, so the whole idea was to lead by example. I made a few mistakes in the final of the hurdles, but it feels good to come back and win a gold today. It feels awesome.”

This year’s standing marks The Bahamas’ best showing ever at the Commonwealth Youth Games.