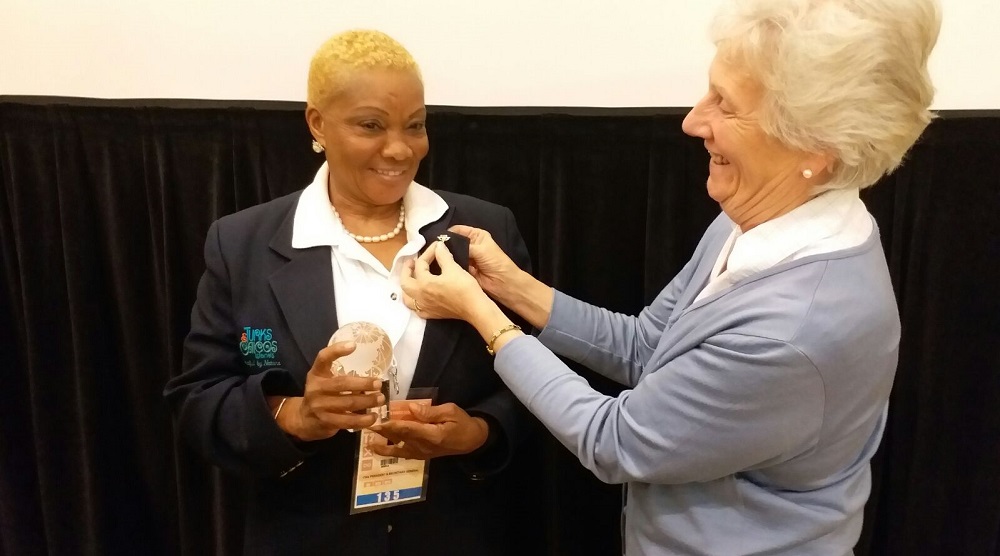 Turks and Caicos, July 19, 2017 – Providenciales – The Turks and Caicos Islands is on record now has having the first woman to be honoured with a Commonwealth Games Award of Merit medal as Rita Gardiner again garners international praise for her outstanding service to sports and community development.   Gardiner, a Turks and Caicos Islands Sports Hall of Famer, last year was honoured with a British Empire Medal for her contributions and now the Commonwealth Games has pinned the dynamo at the Youth Games being held in Nassau, Bahamas.

Gardiner said she shares the medal with all who continue to carry sports progresses in the country.  Rita Gardiner, BEM was yesterday pinned by President of the Commonwealth Games Federation, Louise Martin.