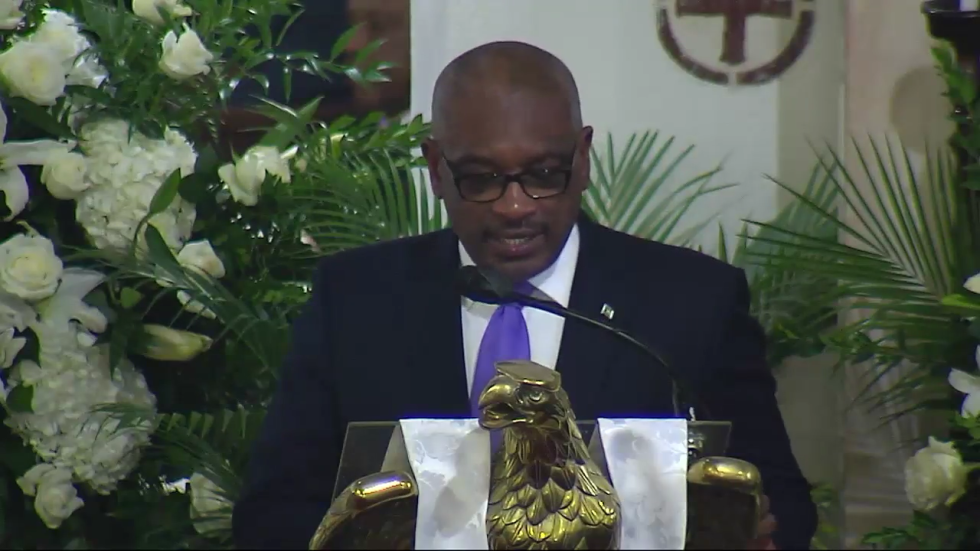 Bahamas, July 14th 2017: Prime Minister Dr.Hubert Minnis says he owes his survival in the arena of politics to the late Former Minister, Dr.Bernard Nottage. In delivering remarks at the Funeral Service for Dr. Nottage at the St.Agnes Church, Dr.Minnis, also a trained Gynaecologist like Dr.Nottage, recalled his mentorship words of advice during his entry into politics in the 1980s, to treat with every situation as a ‘medical complication’. The Prime Minister in his remarks fondly called him ‘BJ’ described Dr.Nottage as a man passionate about his portfolios and always burnt the midnight oil at his ministries. Prime Minister Minnis added that ‘BJ’ “counted both parties PLP and the FNM as close friends, and though they sparred in the arena, they were colleagues and friends who respected each other, who agreed to disagree on policy matters”. He says Dr.Nottage’s contributions span more than politics, as a sportsman, he ensured bringing the first CARIFTA games to The Bahamas. 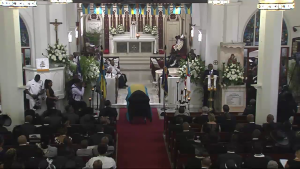 Meanwhile, the Prime Minister thanked Dr.Nottage’s wife, Portia for her support she lent Dr.Nottage over the years, describing her as the wind beneath his wings.

Dr.Nottage held the portfolio as Minister of National Security during the PLP’s tenure in office from 2012-2017. He was 71 years of age upon his passing.