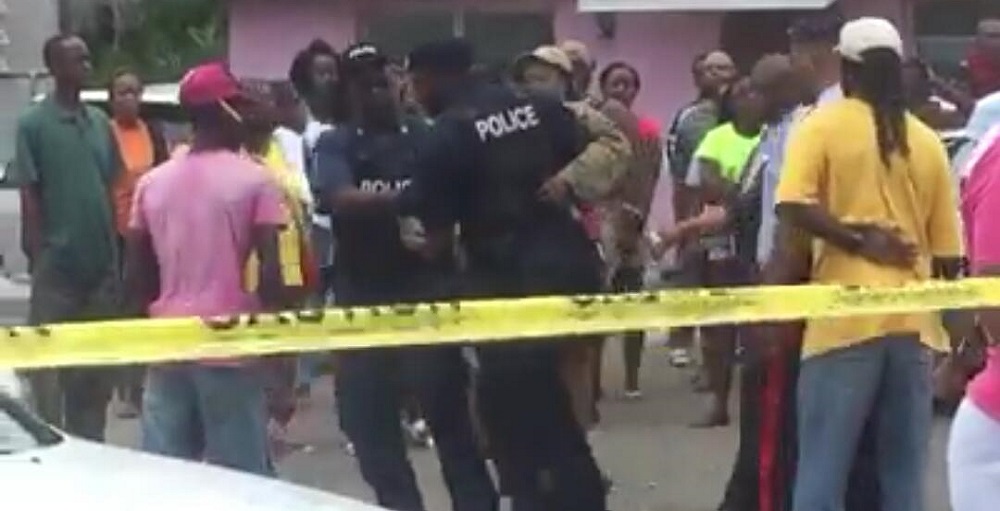 Bahamas, July 19, 2017 – Nassau – A gut wrenching scene again yesterday as up to five police officers had to physically restrain the brother of a young man gunned down on Quarry Mission Road around midday in Nassau.

The man was demanding to see his brother.   This early afternoon shooting yesterday brought the murder toll to 76, it is said that another man was injured in the incident.

It forced Senior ACP Stephen Dean to tell the public via the media that residents can do more to stop murders by reporting right away on violent clashes within their neighborhoods.    Officer Dean appealed for help in finding the four men who were in a silver vehicle, believed to be responsible for the murder.