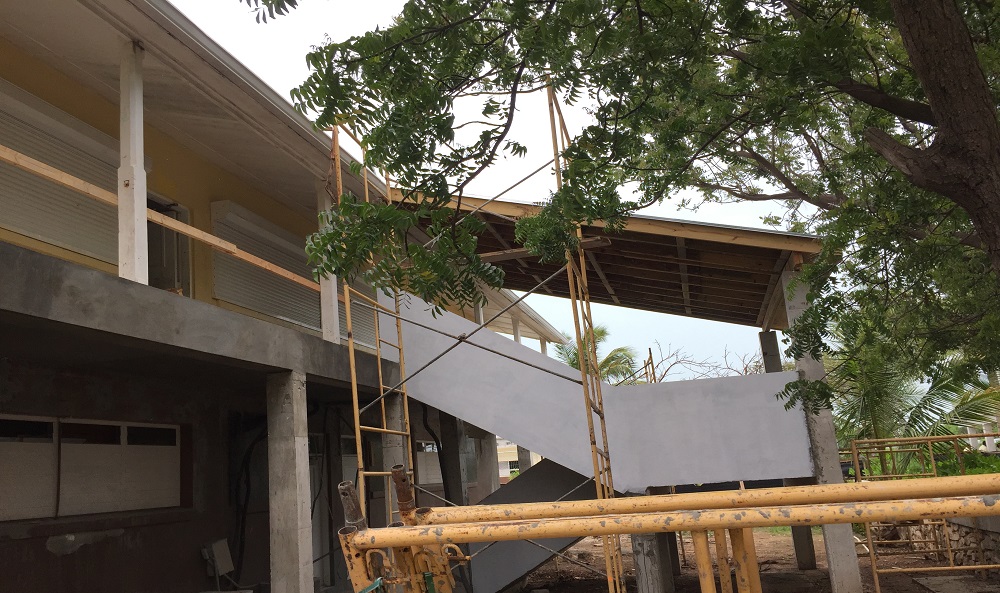 Turks and Caicos, July 26, 2017 – Providenciales –  The home of the eagles is being transformed and on Tuesday the nation got a report on what Clement Howell High School is becoming… no longer a fight zone with gang related clashes, but an institution where students understand their roles in the progress and branding of the largest public high school in the country and how that affects their individual potentials.

There is more money being invested, says the Director of Education in the report… from $.94m in 2016-2017 to over $2m this fiscal year.    No longer home to 1,064 students, Clement Howell High is now with 564 students and 62 teachers.    Grades are better too, performance in external examination has shown an increase from 71% to 76%.   Fights have dropped dramatically, and the Ministry attributes it to new leadership style and better school discipline improved from 21 gang related violent outbreaks in 2014-2015, to six minor squabbles in 2016-17.

The Minister of Education, Karen Malcolm stated;  “The Government has invested a lot of money into the re-branding of this institution and realized that a re-branding effort will only succeed if the product itself changes.    As minister with responsibility for the education of our young leaders, I am excited by this report, the product and culture of the new Clement Howell High School has changed.  A new brand and a fresh start with no negative baggage”, she said.

You can read the full report at MagneticMediaTV.com.