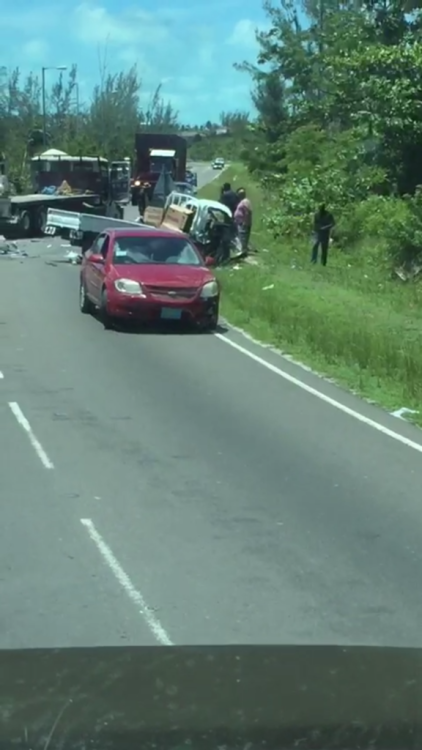 Bahamas, July 6th 2017 – Nassau – A fatal accident along New Providence Highway yesterday afternoon has left one man dead. According to police reports, shortly after noon a white Kia vehicle driven by a male driver with another male in the passenger seat collided with a 2001 freightliner flatbed truck with a male driver along New Providence Highway, south of Saunders Beach. During the collision, the male passenger in the Kia vehicle was thrown through the windshield onto the street. He died while being treated a t hospital.

Assistant Superintendent Craig Stubb, in charge of the Traffic Division confirmed that the passenger was not wearing a seatblet. The driver remains in a stable condition at hospital. The driver of the truck was not injured in the accident. Investigations are ongoing.