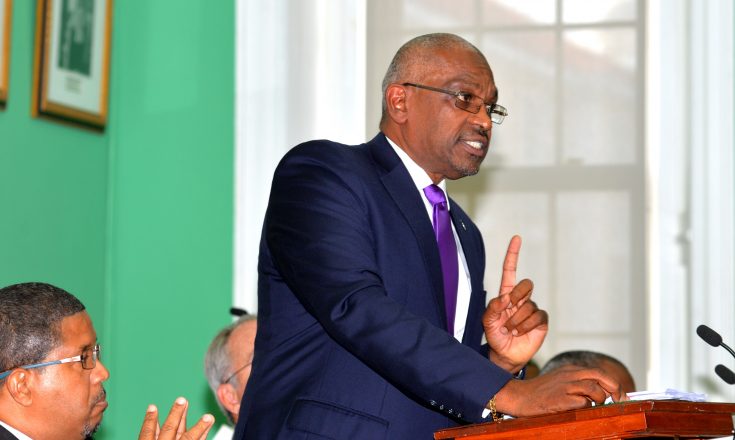 Bahamas, July 4th 2017 – Nassau – Three weeks ago Prime Minister Hubert Minnis warned that he may have to take action against persons who failed to file their financial disclosures. Friday 30th June marked the deadline imposed by Minnis himself, and would have affected more than 20 MPs if they did not comply. However, some former members of Parliament did not seem to take the threats seriously.

Leader of Opposition Business in the senate, Fred Mitchell has since stated that the entire exercise is unnecessary and explained that legally, “In order to get a conviction under this act, you’ve got to show that the person who didn’t disclosure, didn’t have a reasonable cause for doing so.” Mitchell also added, “it seems to me what he’s [Minnis] engaged in is a fool’s errand really.”

Many members of parliament were given warning letters early June. However, Mitchell said that Minnis was only getting “beside himself.” Former Minister of State for Legal Affairs, Damian Gomez also chimed in saying that Minnis was merely seeking to embarrass people and pander to the Free National Movement’s base.

Although the deadline has passed, the Public Disclosure Commission Chairman, Myles Laroda’s appointment has also expired. Laroda would have been responsible for turning the list of names of those members who broke the law to the Attorney General. The government is yet to indicate if that was done. Failure to file disclosures can result in a fine of $10,000, two years in prison, or both. Minnis is currently attending in Grenada attending the CARICOM Heads of Government Meeting.