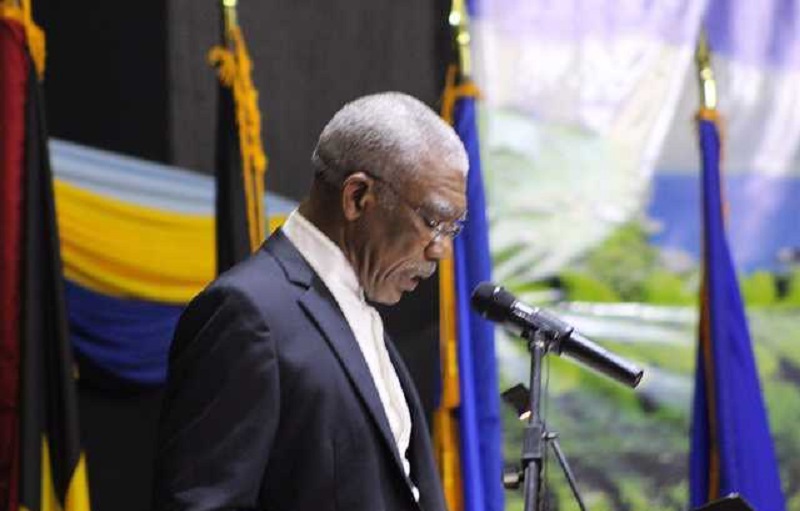 CARICOM, Greater Georgetown, Guyana Secretariat, Turkey – The CSME is the Community’s best response to the inevitable changes in its traditional markets in Europe, the prevalence of economic liberalization and the emergence of economic blocs, Outgoing Chairman of the Caribbean Community said Tuesday evening.

Speaking to the opening of the 38th Meeting of the Conference of Heads of Government at the Grenada Trade Centre in Grand Anse, the President of Guyana said the CSME is still the best vehicle to allow small states like those of CARICOM to compete in the global economy while promoting economic and social development.

CARICOM Heads of Governments, who began the first business session of their two-day meeting on Wednesday, are expected to examine the findings of a comprehensive review of the CSME.

Describing the deepening of economic integration by advancing a single market and economy, as the “most ambitious project attempted by the Community,” President Granger said, “It must not become its most ambiguous.”

“The CSME, especially given the present uncertainties facing the Region’s international relations, must be accelerated in order to create a single economic space.”

Given the accumulative land, the labour, the talent and the capital the Community possess, it could guarantee food security for its citizens, the Guyanese Head of State posited.

Within this context, he bemoaned the Community’s annual food import bill, which he said exceeded US$4B.

Noting that such a situation was “a notorious indictment,” the outgoing Chairman said non-tariff barriers continued to constrain trade in food. The need was urgent, therefore to re-examine how it can dismantle the non-tariff barriers to trade in agricultural products while generating employment for citizens,” he said.

As he reflected on his “semester” as Chairman of the Community, President Granger said current international realities provided ample opportunities for the Community to work together to protect vital interests at the levels of citizen, country and the community.

Expressing confidence in the future he said, “With such a clear vision and commitment, CARICOM can confront the future with confidence.”

The President of Guyana reminded his colleagues to keep citizens at the centre of the Community and to reject “the odious notion of ‘statelessness’.”

Providing a nexus between the rights of the citizen and the freedom of movement regime of the CSME, he said that the respect of the right of citizens obliged leaders to “dismantle restrictive immigration practices, which impede free movement.”

Referencing the original Treaty of Chaguaramas, he said the founding fathers envisioned the strengthening of   “bonds among the people of the Caribbean to fulfil aspirations for “…full employment and improved standards of work and living…”

He also recalled that the Charter of Civil Society of the Caribbean Community established the respect for every citizen’s fundamental human rights, including the right to life, liberty and security of the person.
Therefore, he stated: “The perverse notion of a ‘stateless’ person is anathema to the Community’s concept of human dignity. The Community must never cease condemning inhuman treatment meted out to Caribbean citizens in the Dominican Republic or anywhere else.”

The Guyanese Head of State said: “The Caribbean, our home, must be secure. It must remain a ‘zone of peace’ through our unstinting solidarity in defence of the territorial integrity and sovereignty of member states.”

At the same time he said that security cooperation, under the CARICOM Implementation Agency for Crime and Security (IMPACs) and through international agreements such as the Caribbean Basin Security Initiative (CBSI), which have helped to keep citizens safe, were not sufficient in an age of international terror.
Underscoring the importance of advancing the Roadmap for a Single ICT Space, he said could help the region to “straddle the 3,200 km2 of sea space, which separates Nassau in the north from Paramaribo in the south, through information and communications technology.”

Photo caption: Outgoing Chairman of the Caribbean Community, H.E. David Granger, President of Guyana delivering his remarks at the Opening Ceremony of the 38th Meeting of the Conference of Heads of Government of CARICOM, Tuesday 4 July 2017, Grand Anse, Grenada.