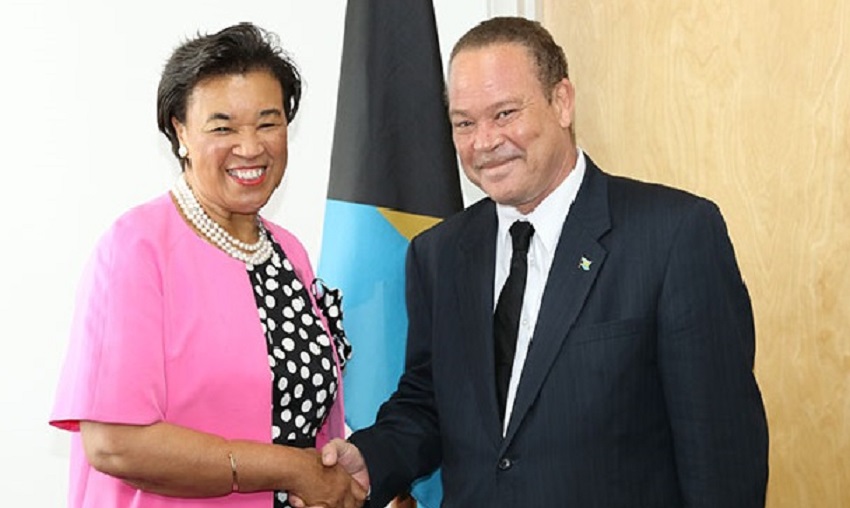 Bahamas, July 18, 2017 – Nassau – Commonwealth Secretary-General the Rt. Hon. Patricia Scotland, QC, paid a courtesy call on the Bahamas Attorney General and Minister of Legal Affairs,Senator the Hon. Carl Bethel, QC at the Office of the Attorney General on July 17, 2017.    Baroness Scotland is on an Official Visit to The Commonwealth of The Bahamas, July 15-20, and will visit some of the Commonwealth Youth Games and Medal Ceremonies scheduled to take place during this week on New Providence.