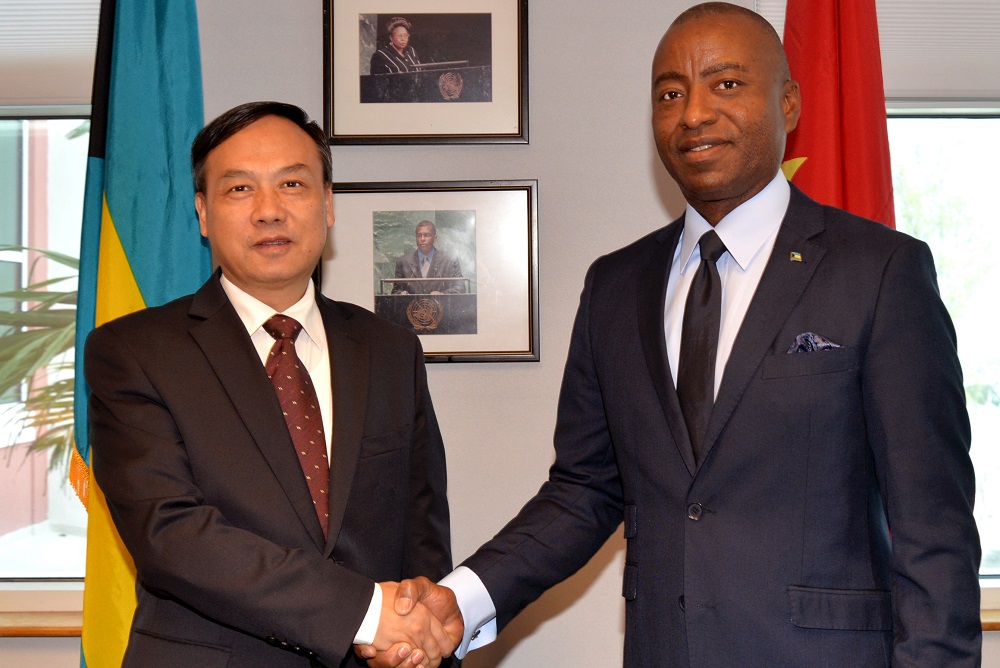 Bahamas, July 27, 2017 – Nassau – Courtesy Call of the Ambassador of the People’s Republic of China to the Commonwealth of The Bahamas, His Excellency Huang Qinguo, on the Minister of Foreign Affairs the Hon. Darren Henfield, at the Ministry on July 24, 2017.  Photos also show the meetings of staff of the Ministry with staff of the Chinese Embassy:

Chinese Ambassador, H.E. Huang Qinguo, pays courtesy call on Minister of Foreign Affairs, the Hon. Darren Henfield, during which they discussed a range of issues, including strengthening of relations between the two countries, the 20th Anniversary of the Establishment of Diplomatic Relations between China and The Bahamas, the One China Policy, ongoing technical assistance and support by China to The Bahamas in education, health and infrastructure, people to people visits and further potential for support in the area of agriculture.