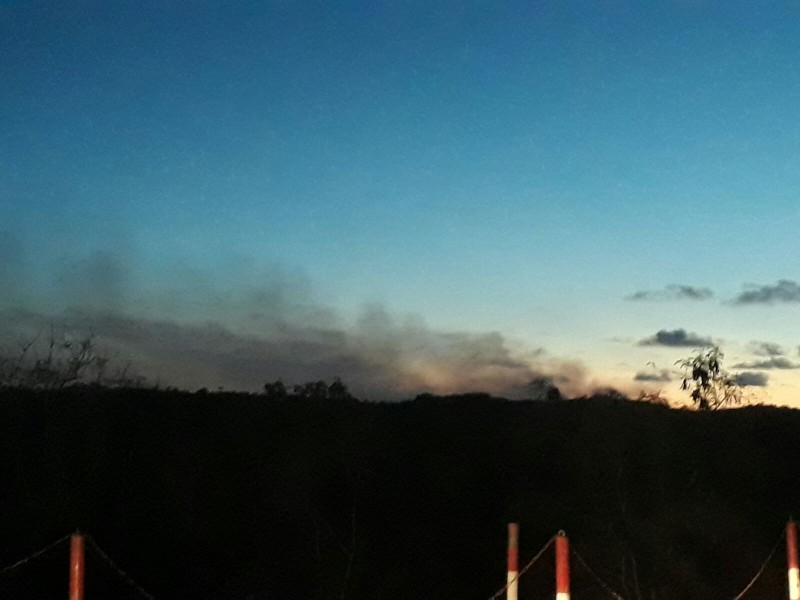 Turks and Caicos, July 12th 2017: Belglade Gardens residents are calling for authorities to intervene in the ongoing Landfill fire. It’s the most recent fire to occur at the Providenciales dump, which has been burning since last week. Plumes of noxious smoke are said to have engulfed not only Belglade Gardens but Blue Hills, Northwest Point and Wheeland, affecting the thousands of residents.

Residents say they have been forced to bring their pets inside and seal airspaces with towels under their doors to keep the smoke from entering their bedrooms in order to sleep. They say they are yet to hear from the management of the Landfill on the matter, as no one has reached out to them.

The situation has been compared to “the old days” when there was no management of the dump and “the mound” burned regularly. Blame has been cast on the landfill operators, while others say it may not be negligence, as they say desperate efforts have been made to quell the situation.

Residents say they need reassurance on the situation, and are calling to be notified when it is under control and safe to breathe again. Until then, a small group of home owners intend to go on site today and see what measures can be taken to control the situation.

Magnetic Media has since then been in contact with the Ministers on this situation, with Minister Delroy Williams stating he will be coming in from Grand Turk on Wednesday and will deal with the matter as one of urgency.