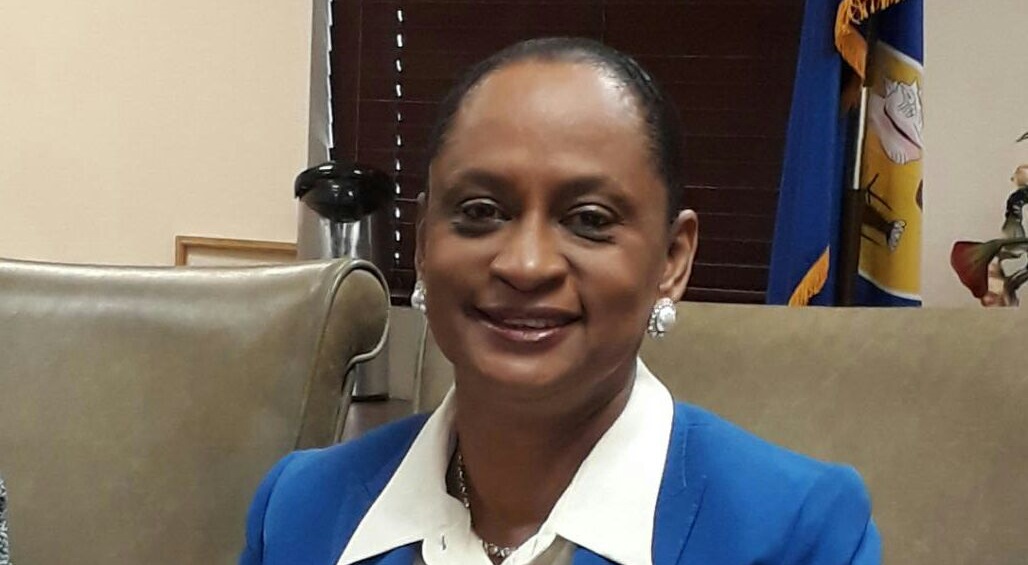 Turks and Caicos, June 21, 2017 – Providenciales – The country’s new Education Minister is Karen Evadney Malcolm, sworn in Tuesday by the Governor upon the recommendation of the Premier.   Malcolm who is a political rookie was all smiles at the announcement saying it is her season and her work with the youth helped to prepare her for the role of Cabinet Minister with responsibility for Education, Sports, Library Services and of course, the youth.

“and today I can say that God has been faithful to His promise, and it’s all because of the grace of God, that I am here today, and I am so pleased that he has chosen me, this is my season, and I asked the people of the Turks and Caicos to continue to support me, continue to support the our ministers as we do the best for each and everyone living here among us.”

Though the appointment is bittersweet, as it came following the revocation of Josephine Connolly as Minister, Malcolm encouraged residents to continue to support her and her PDM colleagues.

The nation learned of the appointment during a press conference held at the office of the Premier by the Hon. Sharlene Robinson, who expressed confidence in the ability of Malcolm who transitions from Deputy Speaker of the House of Assembly to the Cabinet.  Hon. Josephine Connolly was revoked as the Minister of Education this past Friday after fallout with the Premier over claims of disrespect and untruthfulness.