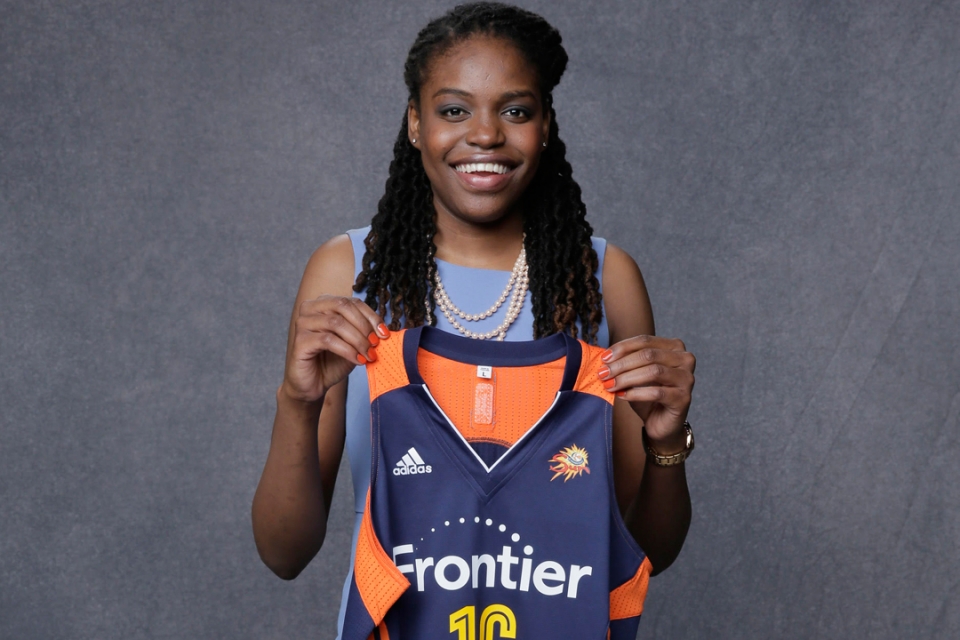 United States, June 5, 2017 – Hartford, Connecticut –  In the past week, Connecticut Sun player Jonquel Jones has made WNBA history and helped her team to move up in the ranks of the WNBA.   Last Sunday, Jones recorded her fifth double figure rebounding score when the Suns beat the San Antonio Stars.

On May 29, Jones became only the 13th WNBA player to score at least 20 points and 20 rebounds in the same game.   Not surprisingly, the player voted most likely to have a breakout season followed that epic feat with another notable performance only three days later.   When the Suns faced the Washington Mystics, Jones recorded 14 points and 13 rebounds.

With Jones’ help, the Suns have the third-highest rebounding percentage and have scored the most second-chance points.   Jones’ next game takes place this Saturday with the Suns going up against the Atlanta Dreams in Georgia.   Hopefully, Connecticut Sun will continue their winning streak as they struggled with many close losses early in the season.   Jones is a native of Eight Mile Rock, Grand Bahama.