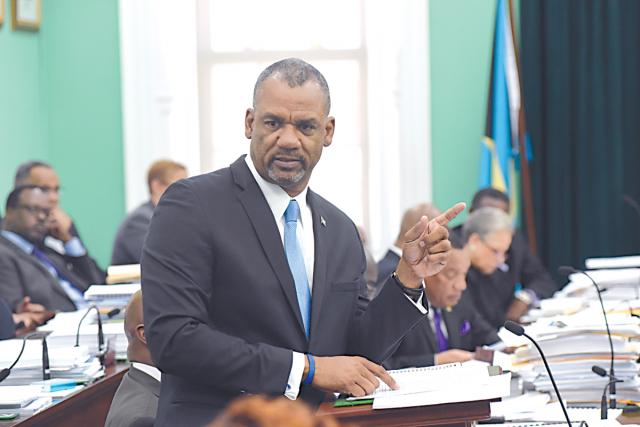 Bahamas, June 14, 2017 – Nassau – Following the Save the bays email scandal which erupted internationally, the government has backtracked and decided to file notice of its intent to drop its appeal of the landmark Supreme Court ruling on parliamentary privilege of former Marathon MP and Cabinet minister Jerome Fitzgerald; this according to Attorney Fred Smith.

After the scandal last year, then Free National Movement Deputy Leader KP Turnquest expressed support for the court’s ruling, saying that Mr. Fitzgerald could not be protected by parliamentary privilege when he tabled the personal emails of members of Save the Bays. The FNM argued that Mr. Fitzgerald’s statements in Parliament were protected from legal liability by way of constitutional provision, parliamentary privilege, and also legislatively under the Powers and Privileges Act.

Despite this, Justice Charles ruled that Mr. Fitzgerald could not be protected by parliamentary privilege, and ordered him to pay $150,000 in damages for the breach.

Mr. Turnquest, now Deputy Prime Minister, along with the FNM, have changed their position entirely. According to an article by The Tribune 242, Mr. Smith QC said a notice of discontinuance had already been filed, and a formal position is expected at a status hearing scheduled for June 26.

It is unclear what exactly led to the change in stance and whether the fine ordered by the court will be paid by the Public Treasury or by Mr. Fitzgerald privately.  Leader of the PLP, Phillip Davis seems to think that the dismissal of the appeal was “payback”. Speaking yesterday at the House of Assembly, Mr.  Davis intimated that this decision was made as a favour to Mr. Smith for his financial contributions to the governing FNM.
Attorney General Carl Bethel, however, has not yet confirm who will pay the cost, saying “the way the case was structured, as a case against the government on a constitutional basis, so there will have to be some discussions about the issue. So at the end of the day legal costs ordered by the court are legal costs, so we will have to see who will be paying what and how much.”