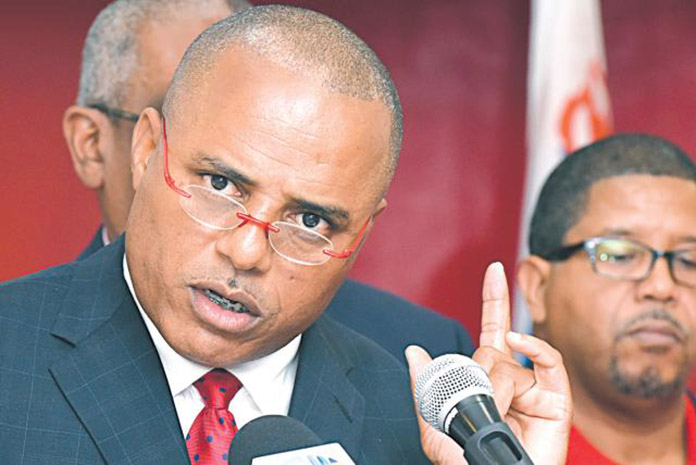 Bahamas, June 1, 2017 – Nassau – In an interview with reporters following the 2017-2018 Budget Communication in the House of Assembly, Minister of National Security, Marvin Dames said that the country is not in the “healthy financial state” to accommodate all of the government’s anti-crime initiatives and that his ministry will have to tackle crime by using its current resources and implement more cost-effective strategies.

Mr. Dames, however, highlighted the administration’s promise to “manage the affairs of this country in a prudent manner and get the desired results that we’re looking for,” referring to number of “short-term measures” his ministry has already started to implement in an attempt to “assist in the reduction of crime to bring down the level of fear throughout our communities.”

The “short-term measures”, he says, include increasing police visibility, increased generation and subsequent implementation of various crime fighting operations, and reviewing the existing anti-crime programmes to “see whether they’re yielding the desired results.”

During his first budget communication, Minister of Finance, Hon. KP Turnquest said that the country’s fiscal dilemma is “far, far, far more bleak” than the Minnis administration anticipated. The GFS deficit at the end of June is reported at $500m, five times the $100m forecast by the Christie administration.