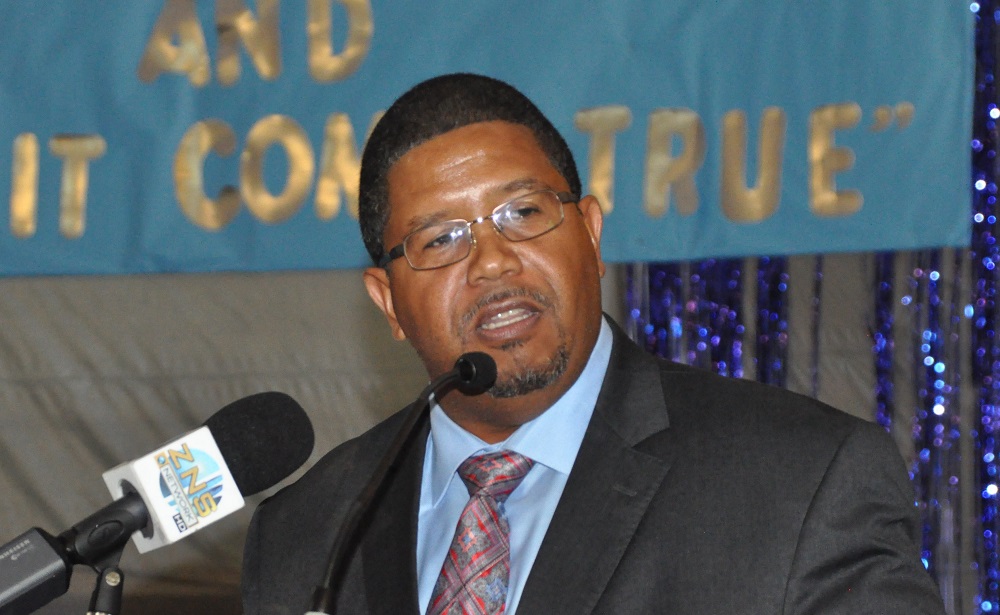 The ceremony was held at the Tabernacle Baptist Christian Academy.

“It’s always good to see young people doing good, positive things and what we see here today is certainly a manifestation of what our country has to offer and what our future looks like.”  Minister Turnquest congratulated the students on their participation in athletics, academics and performing arts, which together, he said, makes a well rounded community.

Adding that while the athletes could not perform to at the best of their ability without coaches and leaders who mentor, train and discipline young people, the Deputy Prime Minister also gave them high praise. He said, “without good coaches, certainly our athletes will perform, because some of them are very gifted, but they will not be able to reach their full potential.”

He continued, “We need to encourage our children to focus on their goals, and that’s what it is about today. It’s about celebrating that achievement, that dedication, that sacrifice that these athletes have made.”

Reminding them that they did not get there by “happenstance”, Minister Turnquest said he knows they recognize the importance of a lot of work, practise and repetition, “doing the same drill over and over again until it becomes muscle memory and you can do it in your sleep.”

“That’s what it’s about and that’s how you make successful citizens”, he continued. “Discipline, courage, conviction. Focus on your dreams.”

He then mentioned two major events, The BAAAs Senior National Championships on the GB Sports Complex on June 23 and 24, and the Commonwealth Youth Games being held in Nassau from July 18-23.

The Commonwealth Youth Games will include athletes from around the Commonwealth in various disciplines and this is the first time being held in The Bahamas. It is expected that hundreds of athletes, coaches and fans will attend.

“We know that our Bahamian athletes will represent and represent well.”

He closed by saying that all that is asked that they do their best and remain focused.

In Basketball, the Senior Girls Tip Off Classic Champions were Tabernacle Baptist with the MVP being Deandra Nixon. The team was coached by Ms. Shandera Gardiner.

Coached by Darren Rolle, the Under 17 GBSSAA Champions were Tabernacle Baptist with the MVP being Joshua Dames.

Senior Boys Tip Off Classic Champions also went to Tabernacle Baptist, with coach Kevin Clarke at the helm. He was assisted by Quincy Gray and RJ Woodside. The MVP was Shyrone Kemp.