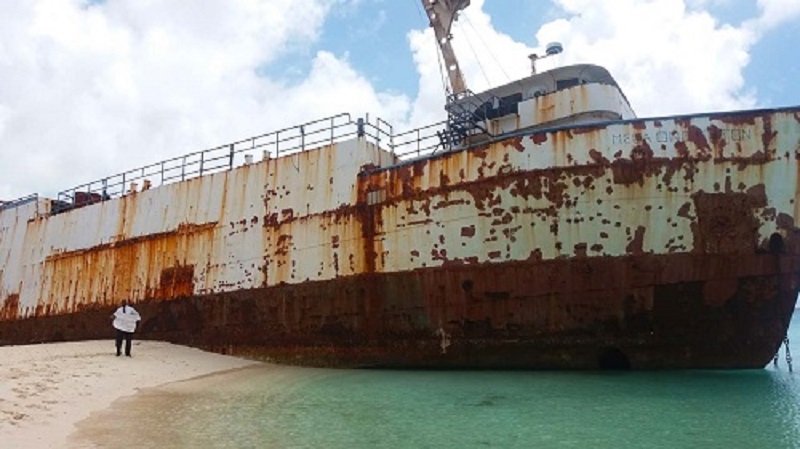 Turks and Caicos, June 23, 2017 – Grand Turk – When Cabinet met this week, there were a lot of updates including one on the consultation for the plan to temporarily shift some prisoners to the Green Door building in Grand Turk; the idea has been met with push back from the residents.

There was an update on the InterHealth Canada reconciliation exercise, and it is said that next Cabinet meeting a full report is expected.   An update on the accountancy audit of the National Health Insurance Plan, an update on the Capital projects programme, update on the disposal of the catch seized when the 43 Dominican poachers were caught illegally in TCI waters on the Captain Blaze, an update on salvaging the Mega One Triton which ran aground on Governor’s Beach in 2012; Governor Dr John Freeman is particularly concerned as the huge vessel is rapidly decaying and a public safety issue.

More updates including one on the progress of a shark sanctuary in the TCI, the latest on the Government’s proposed investment and refurbishment policies, and an update on statutory bodies holding funds, which are to be paid to the public purse.    The meeting also focused on hurricane readiness and there was a presentation on the financial performance for the first month of the new fiscal year.