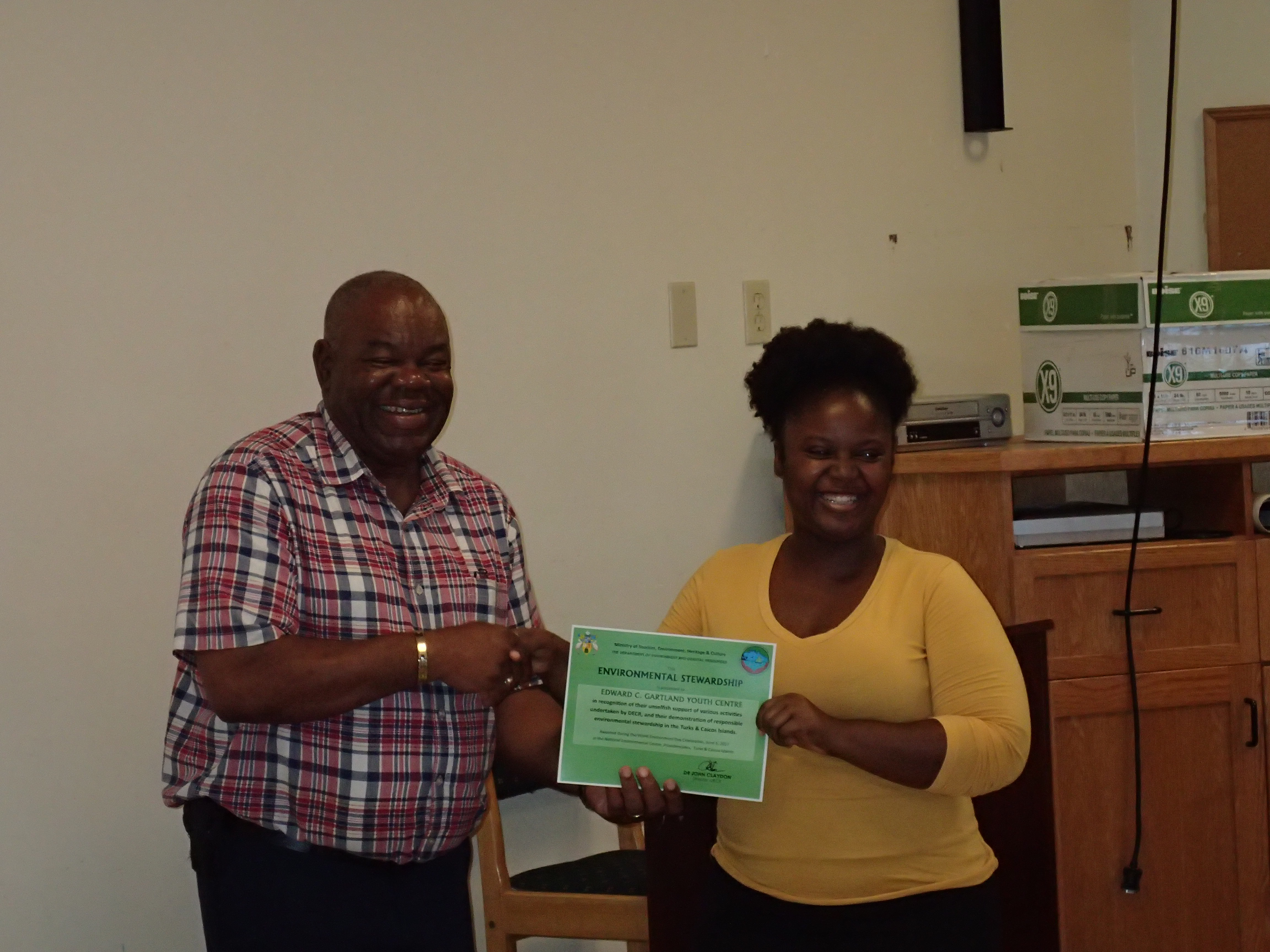 Providenciales, TCI June 8, 2017 – A mixed group of schools, non-profit organizations and government agencies were among the 40 awardees at the Department of Environment and Coastal Resources (DECR) Environmental Stewardship Awards held on Monday.

The award ceremony was held in commemoration of World Environment Day and sought to honor those who have been promoting conservation and environmental sustainability in the TCI year round.

DECR Deputy Director Ethan Griesbach lauded the honorees for their ongoing commitment to protecting the environment. “World Environment Day is but one day to celebrate, acknowledge and promote our commitment to environmental stewardship. But it does not and cannot stop there. Environmental stewardship must be practiced daily. The kind contributions of these recipients are a testament to this, and for this the DECR is thankful,” he said.

Welcome remarks were also given by the Acting Permanent Secretary of the Ministry of Tourism, Environment, Culture, Heritage & Gaming, Michelle Fulford Gardiner, who encouraged honorees to be creative when sharing their experiences.