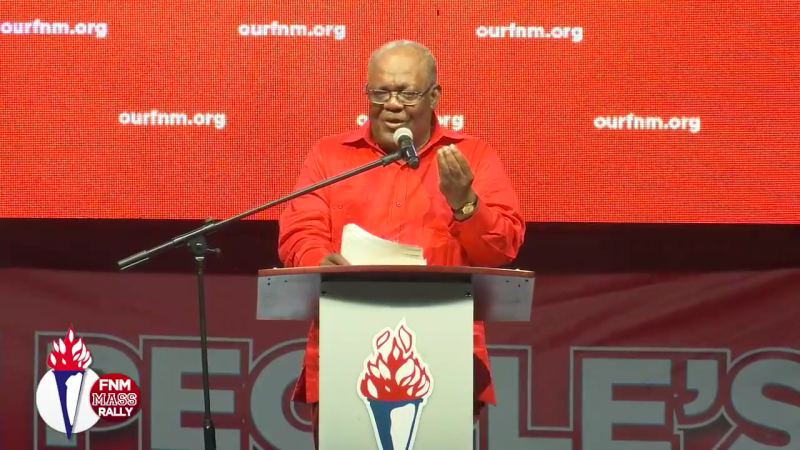 Bahamas, May 5th 2017 – Abaco – Is the treasury empty or not? This is the question now plaguing the residents of Abaco and by extension all Bahamians after allegations from former FNM leader, Hubert Ingraham starting spreading. In response, Prime Minister Perry Christie said out right “NO!”

On Tuesday 2nd May 2017, Ingraham made his first big public appearance on the campaign trail since 2012, telling supporters in North Abaco that, “the money ain’ there” referring to the Public Treasury. He told the residents that despite promises by Christie to pay officers their entitled overtime, the PLP would be unable to do so since there isn’t enough money in the treasury.

However, Prime Minister Christie had a question for Ingraham, “How was he paying civil servants when he was spending over $500m more than he was earning?”  Christie explained that his government’s deficit was no way near Ingraham’s administration, thus if Ingraham afforded to pay civil servants, then he would too.

Deputy Prime Minister, Philip Davis also came to Christie’s defense by accusing Ingraham of “spreading propaganda” on this issue. Adding, “I don’t know where he got his information from and I think it’s just a red herring that was brought about to put fear in the officers,” Backing him was also the incumbent MP for the Tall Pines constituency, Leslie Miller who agreed that Ingraham was spreading “propaganda” by saying, “Mr. Ingraham has come up with more outrageous statements since he got back about the money that was stolen. I was somewhat taken aback by a man who’s been the prime minister for three terms. If he knows that money was stolen from the treasury, the prime minister knows exactly what to do. He knows the Commissioner of Police, he knows who to go to. Report the case and those people who are thought to be responsible should then be hauled before the courts. That’s what I would think he should do.”

The Deputy Prime Minister believes that the reason for Ingraham’s statement, which has now caused an alarm throughout the country just mere days before the elections, is because, “it’s political season and he wants to inspire them to vote for the FNM by spreading propaganda.”