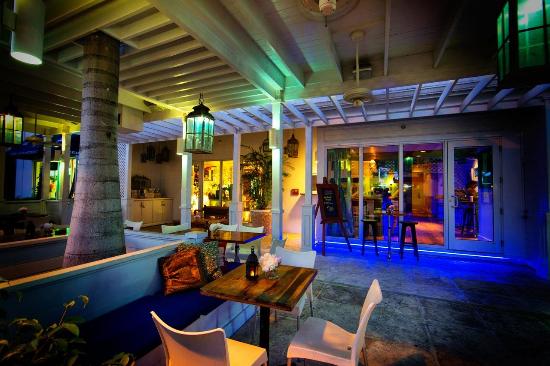 The Sand Bar before burning.

Williams made the announcement in response to the recent fire which destroyed the popular Sand Bar & Restaurant this past weekend in Grand Turk. The fire is the second major fire in the past ten weeks. Williams added that a similar facility will be proposed in the next budget cycle for Grand Turk. The Providenciales Fire Hall will cost an estimated $1.6 million to construct.

The TCI government is thankful there was no loss of life or injury in the Sand Bar fire, said Williams, who encouraged individuals and businesses to use the resources of the Fire Department. He advised all citizens to conduct regular fire safety and prevention audits.