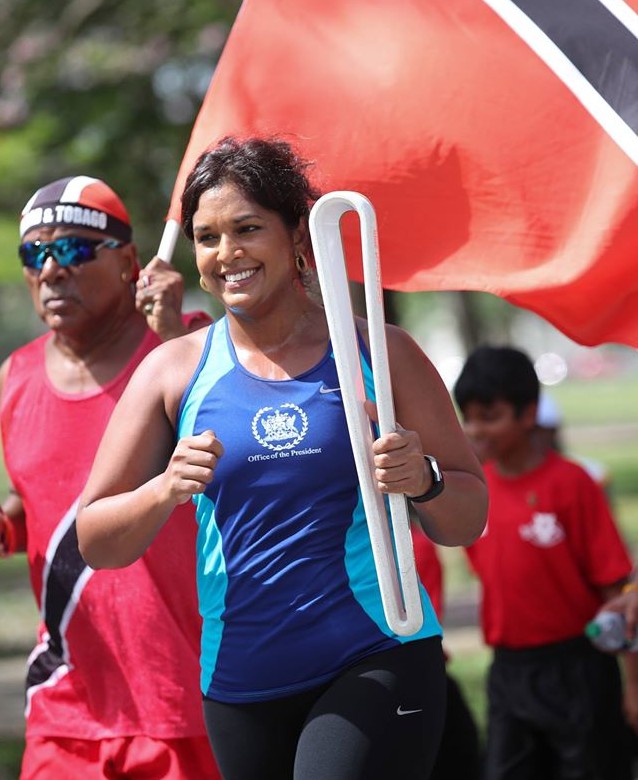 Trinidad and Tobago, May 30th 2017: The baton is now on its way to Grenada having made its first stop in the Caribbean, Trinidad and Tobago. Arriving on Sunday evening, the baton made its way to the Capital city of Port of Spain Monday where First Lady Reema Carmona, wife of President Anthony Carmona, ran the first leg of the Queen’s Baton Relay in Trinidad, after she was handed the baton by Port of Spain Mayor Joel Martinez.On Tuesday morning, the Queen’s Baton relay went across to Tobago’s Pigeon Point Heritage Park where school children and parents got a chance to view the Baton first hand. The Queen’s Baton relay is similar to the Olympic Torch Relay. 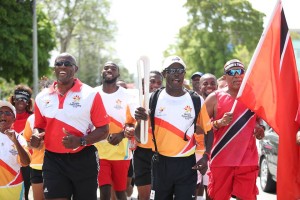 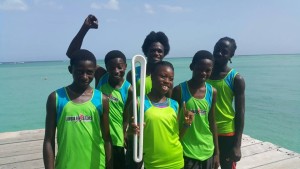 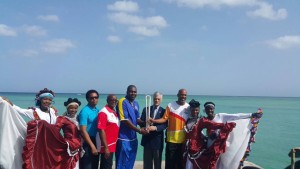