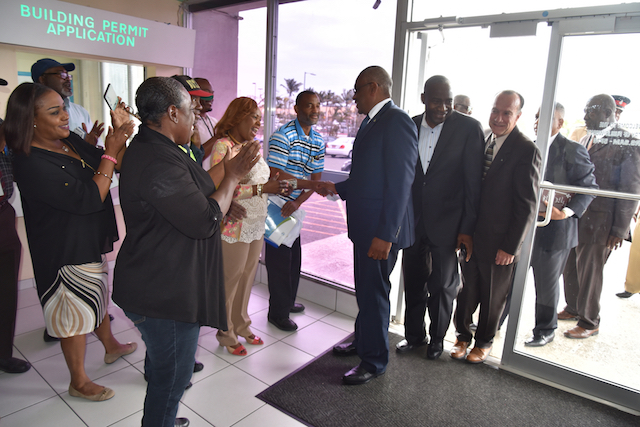 Bahamas, May 19th 2017 : It’s been one week since he took the oath of office to become the fourth Prime Minister, but Dr.Hubert Minnis is adding one more role under his belt, the Minister of Works. While Desmond Bannister was tipped to be the minister, he was unable to be present for his swearing in, as he is said to be out of the country on prior engagements. Prime Minister Minnis toured the ministry on Thursday morning, where he was greeted with an applause and hearty cheer from employees upon his entry into the building. Dr.Minnis paid a courtesy call to the Permanent Secretary’s office first. On Monday, Dr. Minnis told his cabinet that he did not desire to hold any substantive ministry other than being Prime Minister. However, he says the Ministry of Works is one he says cannot be left to hang, and will hold on to it until next week, when it is expected Bannister will return.