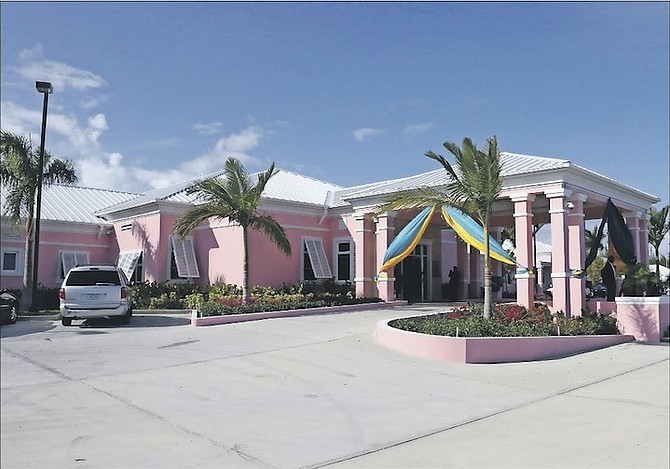 Bahamas, May 4, 2017 – Abaco Islands – Government officials, on April 19, opened the Marsh Harbour Healthcare Centre in Abaco, stating that it is a long-awaited boost to the island and the Christie administration’s National Health Insurance plans.

Like the Child and Adolescent and Robert Smith (CARS) Complex that was commissioned last year, the Marsh Harbour Healthcare Centre has a tortured history, one of missed deadlines and claims of shoddy workmanship, all without any clear accountability.

Construction of the healthcare centre began under the former Ingraham administration and when the Christie administration came to power, it spent $1m renovating the facility, Prime Minister Perry Christie said.

“The floors had to be ripped up and lots of work had to be done,” added Minister for Grand Bahama Dr Michael Darville, who oversees aspects of NHI’s implementation.

Now, the facility is state of the art. At 33,000 square feet, it will be a place where dental and lab services will be provided. Abaco currently has about three nurses and one doctor, Dr Darville said. By December, the island will have 16 nurses, five doctors, a radiologist and two lab technicians.

Charlene Bain, the Director of Public Health, added that the overall health staff on the island will grow from the 20 that it has now to 70 by September. The facility boasts an administrative wing, pharmacy and a morgue where autopsies will be performed.

Mr. Christie has revealed that the Ministry of Finance has also dedicated funding for a mini-hospital to be constructed in Palmetto Point, Eleuthera.