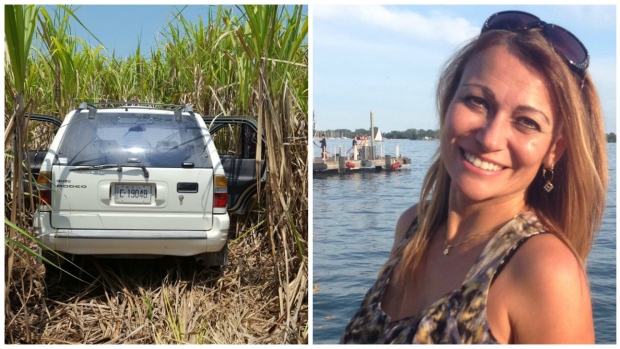 Belize, May 4th, 2017 – Corozal – A weeklong search for 52 year-old, Francesca Matus of Canada and her 35 year-old American boyfriend Drew De Voursney came to a tragic end after officers attached to the Corozal Police Department discovered their bodies.    They were found around 7pm on Monday in a sugar cane field in the village of Chen Chen, six kilometers outside of Corozal.    Their bodies were reportedly discovered in an advanced state of decomposition and they both had tape wrapped around their wrists.    Autopsy results have since revealed that the couple was strangled.

Friends of the couple stated that they were last seen driving a white Isuzu Rodeo SUV after leaving a local bar at around 11pm on April 25 2017.    A friend of Matus, Joe Milhoen visited her home the following morning to take her to the airport, when he realized she was not there.    He found her absence to be suspicious since her luggage and passport were still in the house.    It was then he filed a missing person’s report.

Matus’ SUV was discovered first by a local hunter, abandoned in a cane field near the village of Paraiso, north of the town of Corozal just one day before they were found.    Her keys and registration, however, were gone from the vehicle.

Matus was a mother of two boys and owned a beach property in Corozal.    Her boyfriend De Voursney was a former Marine, served in Iraq and as a contractor in Afghanistan.   Matus’ family has since stated that the couple was well known in the area, as she travelled to Central America every winter and considered it to be her second home.